Some 2.6 billion people in this world don’t have access to sanitation facilities. According to the World Health Organization, each and every day some 3,900 children die because of dirty water or poor hygiene.

The current gulf in water use between rich and poor countries is wide – people in industrialized countries use thirty to 50 times more water than people in developing countries, according to the United Nations World Water Assessment Programme. With the announcement from Gates Foundation last month to dedicate more than $40 million in development grants for toilets and santitation processes in water scarce regions has brought a renewed focus on sanitation in slums and other impoverished areas.

In my first article in a three-part series new sanitation firms, I spoke with X-Runner, a social venture based in Germany and India that has designed a low-cost mobile toilet suitable for urban slum households. The X-Runner portable toilet is made of light-weight PPC material.

I interviewed Jessica Altenburger, India coordinator for X-Runner. Following are the excerpts of the interview.

NextBillion.net: What exactly is X-Runner?

Altenburger: X-runner venture is a social enterprise start-up that tackles the increasing sanitation crisis in urban areas in developing countries. The aim is to improve the living, health and security of families and individuals of the bottom of the pyramid by introducing and distributing mobile toilets to private households in slums. We are currently focusing on few pilots in Rajasthan to see how it works out.

Altenburger: We have designed a low cost mobile toilet which is perfectly suited for urban slum livelihoods. It has been specifically designed according to the challenges of the slum environment like water scarcity, lack of sewage systems, space and poverty. The cost of one toilet is around $30 which is affordable for urban slum families. One of the most important aspects is that the toilet blocks the smell and clogging of faeces which makes it a toilet to desire. 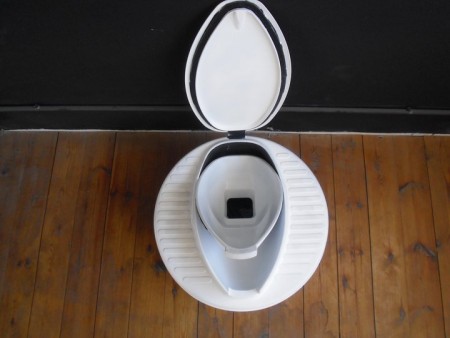 NextBillion.net: Could you tell us more details about the whole process?

Altenburger: Yeah, so we are basically the designers and manufacturers of the mobile toilets. In the mobile toilet the waste is collected a tank underneath the toilet surface. After the toilet use at home, the pick up service will exchange the content and send the organic content to local biogas plant for processing. The biogas will transform the excrements into methane gas and fertilizer which will benefit the households again for electricity/cooking purposes.

We have partnered with San and Co, who will be assisting us in distribution services as well as the pick up service from home to the processing of waste. 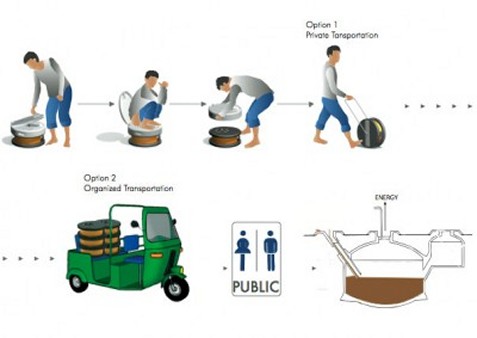 NextBillion.net: So, what lessons do you have for people who want to venture into improving sanitation?