(Above: A Grameen Shakti field engineer installs a solar panel on a house in Mymensingh. Grameen Shakti has installed thousands of solar home systems across Bangladesh, and is one of the most successful models for Indian companies to emulate. Image credit: Saurabh Lall).

Worldwide, the positive link between per capita energy use and human and economic development has been demonstrated. Yet in India, approximately 45 percent of rural Indian Base of the (BoP) households do not have access to modern energy services, and more than 85 percent use traditional fuel sources, such as dung cake and firewood, for cooking.[1] Providing modern energy services for lighting and cooking is thus widely recognized as an important step to reduce poverty in India. The Indian government has prioritized energy inclusion in its poverty reduction strategy principally through the Rajiv Gandhi Grameen Vidyutikaran Yojana (RGGVY) scheme, which aims to electrify all villages by 2012. Yet grid power has not yet reached many of the villages targeted by the project and may take more time than anticipated to achieve its objective.

The pressing need for energy services among India’s poorest creates a significant market opportunity alongside the opportunity for development. WRI’s recent report, Power to the People (see additional NextBillion coverage here), written in collaboration with the Centre for Development Finance at the Institute for Financial Management and Research (CDF-IFMR), estimated the annual market for energy services for the BoP in India to be US$2.11 billion per year. As recognition grows about the BoP opportunity, innovative clean energy products[2] are rapidly emerging. Yet significant barriers to scaling up these clean energy services persist. Success has been achieved in the marketing and distribution of other products to the rural BoP – mobile phones for example, for which the Indian market is projected to reach 1.159 billion by 2013, up from 3.2 million in 2000. Given the large potential market for clean energy services, what is preventing the clean energy industry from taking off and reaching the people that need it most?

As part of its continuing efforts to address this challenge, New Ventures India, which supports the growth of environmentally-focused small and medium enterprises (SMEs), and CDF-IFMR recently convened a forum, supported and hosted by Morgan Stanley. Industry stakeholders critical to addressing these challenges, including the CEOs of every major Indian clean energy company, came together in Mumbai for the event. The clean energy CEOs debated the challenges of India’s clean energy industry alongside senior executives from corporations with rural marketing and distribution expertise, representatives from Indian regulatory bodies, and end-user consumer financing experts. From these lively discussions, five key insights emerged on the barriers to clean energy services.

Getting the Basics Right: Product Quality and Branding

The creation of positive product quality perception and strong branding emerged as a key issue for providers of rural energy products. Peshwa Acharya, the senior vice president for Reliance Communications, suggested that solar companies should cooperate to establish industry-wide standards and branding to change the way solar is perceived across most parts of rural India. Particularly in the solar sector, products that are now reaching technological maturity were not always reliable in their earlier stages of development. As a result, the reputation of the product class suffered. The product “cannot be perceived to fail,” according to Subhadeep Dutta Choudhary, CEO of Hawkins, which sells solar cookers. Hawkins backs its products with a five-year guarantee to persuade consumers that the product is sound. Other companies, such as SELCO and Orb Energy, have addressed this challenge by offering after-sales service to ensure customer satisfaction. 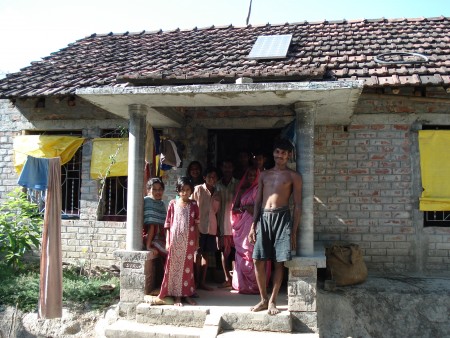 (Above: An Indian family stands in front of their home, which includes a rooftop solar panel. Image credit: New Ventures).

Hari Natrajan, CEO of infrastructure development fund S3IDF and a long-time employee and partner of SELCO, suggested that a “pull” marketing and distribution strategy that creates the demand from within the target audience will be essential for clean energy products to succeed in rural areas. Most clean energy companies currently adopt a “push” approach, trying to sell their products by telling consumers the product is ’good for them.’ Stephen Remedios of Unilever, a company that has operated in India’s rural markets for more than a century, argued for repositioning clean energy products as an “aspirational.” Packaging and advertising could promote these products’ ability to help consumers climb the social ladder. Marketing experts at the workshop all agreed on the need to advertise product benefits such as allowing children to study and families to charge cell phones.

Most BoP households can only purchase clean energy systems with financing. Clean energy companies have typically partnered with microfinance institutions (MFI) to provide financing to rural consumers. In the process, they have also shifted the responsibility for distribution to MFI partners. However, Dr.Vijay Mahajan, founder and CEO of Basix, one of India’s largest MFIs, noted that using MFIs as a distribution partner was not a universally feasible solution. The employees of MFIs are not always experts on clean energy products and cannot provide technical support or after sales service to the customer. Clean energy companies should consider these issues separately, and ensure that both financing and product service and technical support at the point of sale are managed effectively.

Several participants noted difficulties accessing local debt and investment capital to grow their businesses. Anuradha Bhavnani of the Shell Foundation suggested that foundations could help bridge the funding gap between seed capital and “mainstream” investment to help Distributed Renewable Energy (DRE) companies scale up to the point where they can attract impact funds[3]. Highlighting the role of foundations in addressing the need of local communities, Maneesha Chaddha of Citi Foundation suggested that it was easier for foundations to invest in installations that are owned by a community due to the easily identifiable community impacts of these installations. Foundation or angel money, combined with business development and investment facilitation like that provided by New Ventures are critical to create an ecosystem where entrepreneurs can scale. 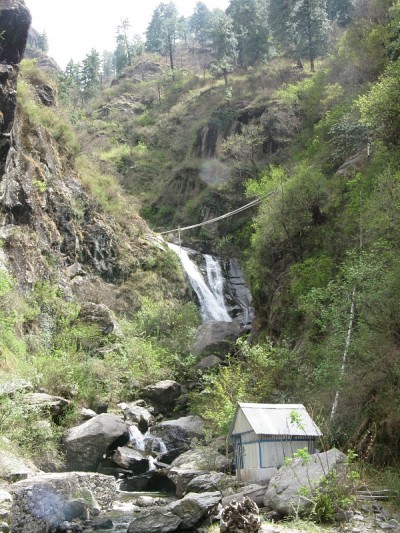 (Above: SBA Hydro’s micro-hydro power plant in the Kullu Valley of Himachal Pradesh provides reliable electricity to about 20 villages in the region. The plant has a 1 MW capacity and is constructed along a mountain stream, with minimal impact on the environment. 100% of the water used for generation is returned to the source in the same condition. Image credit: Saurabh Lall).

In recent years, Indian regulators at the federal and state level have introduced a number of programs and incentives to spur clean energy innovation and scaling-up. Feed-in-tariffs, renewable purchase obligations, and other mechanisms have helped propel wind energy in recent years. However, efforts to spur scale-up and innovation for DRE systems are still at the beginning stages. The Jawaharlul Nehru National Solar Mission, which was launched in 2010, seeks to achieve 1,000 MW of DRE solar power by 2017. So far, however, only 41MW of capacity has been sanctioned by the Ministry of New & Renewable Energy. According to Ashwin Gambhir, a senior research associate with Prayas Energy Group, regulators need to simplify and streamline renewable energy subsidy schemes to empower companies to access support and information. In addition, he argued that regulators should further integrate DRE into the overall power planning process.

Where do we go from here?

There is significant potential for clean energy companies to scale up through partnerships with larger organizations. New Ventures will seek to launch a pilot between a DRE provider and a large company to demonstrate how DRE providers can leverage the marketing and distribution expertise of the larger business. New Ventures will also convene its annual investor forum in December to continue to showcase clean energy companies to investors and potential partners. State regulators are interested in involving entrepreneurial organizations, including DRE providers, in energy planning at the state level. New Ventures, working together with partners in civil society and government in India and with the Electricity Governance Initiative (EGI) and Major Emerging Economies Initiative (MEEI) at WRI, will seek to understand and overcome the barriers to integrating DRE into electricity planning. Partnerships within will be crucial as New Ventures works to attempt to address some of these obstacles to clean energy for India’s rural poor.

[1] S. Bairiganjan, R. Cheung, et al., Power to the People: Investing in Clean Energy for the Base of the Pyramid in India, DC: World Resources Institute, 2010)

[3] Impact funds support small and medium enterprises by providing them with early-stage funding. In particular, impact funds seek to encourage investments in viable enterprises which operate with a primary social purpose.