I’m happy to announce that two NextBillion contributors, Martin Herrndorf and Lisa Smith, signed on as Staff Writers this month. Their recent articles are among the top five most-read posts in January (see below) and have contributed to a strong start in 2011 for NextBillion.

Martin is an academic and consultant working on the strategic management of large companies in Base of the Pyramid markets. He is a doctoral student at the University St. Gallen, Switzerland and an associate with Endeva – enterprise solutions for development. As an oikos PhD Fellow, he developed (and still runs) the oikos UNDP Young Scholars Academy, which brings together PhD students and young scholars working on inclusive market and BoP issues. After Appenzell, Switzerland (2009) and Turrialba/Alajuela, Costa Rica (2010), the 2011 academy will take place in Bangalore, India. 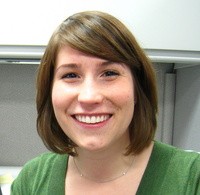 Lisa is a Research Assistant at the William Davidson Institute and a part of the Base of the Pyramid (BoP) Initiative team, which addresses the intersection of business strategy and poverty alleviation. Lisa also is a Project Coordinator at the Center for Health Communications Research at the University of Michigan, a National Cancer Institute Center of Excellence in Cancer Communications Research. Her main research interests include integrated approaches to alleviate poverty and how to measure the impact of those approaches, gender equity, and advocacy for effective health policy formation. Lisa interned at the Grameen Bank and the International Centre for Diarrheal Disease Research in Bangladesh.

Two other people I’d like to recognize have worked behind the scenes to assist NextBillion.net, NextBillion Brasil and NextBillion Español in recent weeks, as we try to more regularly share content among the three sites. 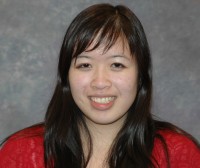 Kathy Sheng, a junior at the Ross School of Business at the University of Michigan, has been working for NextBillion since December. Kathy has contributed stories to our newsfeed, helped out with our social media efforts and translated posts from Spanish to English, or vice versa, between NextBillion.net and NextBillion Español. Studying business administration and minoring in Spanish, Kathy is interested in marketing, nonprofit organizations, and Latin America; she hopes to combine these interests into a career one day. 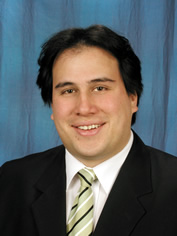 Carlos Gonzáles, a professional international translator with over 15 years of experience, been extremely helpful by volunteering his time to translate posts from NextBillion Brasil and NextBillion Español. Carlos has lived in three different cities of Colombia, in the United States and in the Dominican Republic. Today, Carlos lives and works in Germany, where he manages a translation business, as well as several multimedia and writing projects.

Tip of the hat to the contributions of these individuals, who have been instrumental in improving the NextBillion network and building our mission.

The Five-Most Read Posts in January:

Why Africa is Open for Business by Michel Bézy, Program Director for Cloud Computing Solutions at IBM. While it’s well known that China has aggressively invested in Africa, principlely in natural resources – for better or worse depending on your point of view – that hasn’t been the case for Western interests. Michel makes a compelling case on why now is the time for Western enterprises to partner in Africa, but in a different way.

World’s Largest Social Enterprise Directory, iuMAP, Gets a Makeover by Nate Heller, Director of Product Development for the Ayllu Initiative, who updated us on new features and functionality of the iuMap database. Since July, this important resource has grown by 50 percent and lists 450 social enterprises in 65-plus developing countries.

Building Markets for Financial Inclusion … Beyond Microcredit by Martin Herrndorf, who delved into the burgeoning movement of correspondent and mobile banking as alternatives to microfinance, as highlighted by the McKinsey Global Financial Inclusion report.

Energy for the BoP Made ’Simple’ by Joshua Weinstein, of TechnoServe, who featured a potential game-changing concept from Simpia Networks, which is using a “Progessive Pricing” to boost the affordability of solar power systems over the long term.

Jeffrey Sachs, Video Games and Social Change by Lisa Smith, who artfully connected the dots between many of the environmental concerns presented by Sachs during a recent talk with a growing trend to harness the problem-solving skills of gamers to affect social change.

Great posts all. If you haven’t had a chance to check them out, they’re worth your time.