I once heard a financial coach who works with low-income people explain, “My clients spend all year sinking under water. Once a year they receive a large tax refund, and for a brief moment, they’re above water. They exhale, fill their lungs, hold their breath and prepare to slowly sink under the surface again until next year.”

The image stuck with me, partly because it’s a powerful metaphor. But with some distance, I realize it also stuck with me because I see similarities to my own financial life.

Most of us live within a range of “cash positions” – we get paid and our checking account balance rises, we pay bills and it falls, we get paid again and it rises, and so forth. I’m fortunate that most of the time that range is on the positive side of zero. And on those occasions when it dips below zero, I have easy access to affordable credit through a home equity line of credit, an attractive credit card balance transfer offer, or other means.

But for much of the population – including clients of the financial coach I met, as well as millions of Americans who use alternative financial services like payday loans, title loans and the like – the financial range in which they operate is frequently below zero, and they pay a hefty price as a result. Chronic debt or near debt is costly, in financial terms – $7 billion a year on payday loans, as an example – but also in time consumed and stress endured.

There should be huge returns to helping more Americans raise the range of their cash positions – their financial zone of operation, if you will. In some cases, moving that range even $500 or $1,000 higher might mean less frequent use of costly short-term credit – and, in the process, avoid short-term borrowing becoming chronic debt, as is so often the case with payday loans.

Like many others, my organization (Doorways to Dreams Fund, or D2D) has long focused on saving as a key part of the solution. And recent developments in new savings products and features offer some cause for hope. Here are two ideas.

At least 3 million Americans without bank accounts now use general purpose reloadable prepaid cards, and many of these are lower-income and likely to use costly short-term credit. What if more of these cards offered savings features, and presented these features not just as relevant for long-term goals, but tools to manage through the week in and week out of one’s financial life?

In fact, D2D tested just such an idea with prepaid innovator BankingUp, launching and testing the Rainy Day Reserve (RDR) emergency savings feature. The response was striking. With modest promotion and no financial incentives, some 16.5 percent of BankingUp cardholders used the feature. Not only did cardholders like it, we found that RDR use was associated with lower use of costly short-term credit. As important, RDR use was also associated with being a better customer – that is, loading more funds onto a card, using a card for more transactions and being less likely to close an account. 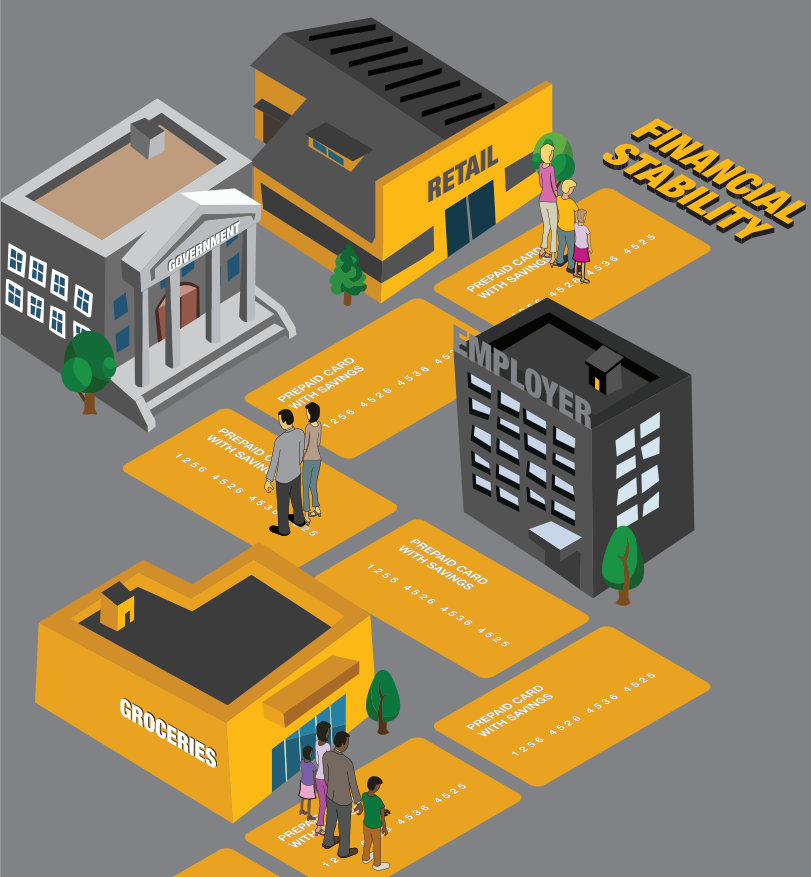 Most of us know that saving is a tough sell. Economists sometimes explain it as consumption, deferred. Who wants that? But what if saving money gave us a small zap of instant reward and offered some of the gratifying allure of spending?

The chance to win prizes powers a $69 billion U.S. lottery industry, and has been used for centuries to raise capital for various enterprises (including as a mechanism to fund construction at Harvard University). Uncertainty, and the chance for large reward, turns out to be pretty alluring.

Attaching that insight to saving yields what is known as prize-linked saving, a concept offered in countries around the globe for some time. D2D and partners have worked to bring PLS to life in the United States, with notable results. Since a pilot test with eight Michigan credit unions in 2009, over 50,000 Save to Win prize-linked savings accounts have been opened, and $94 million has been saved. Equally important, our analysis shows between 62 and 81 percent of these accounts are held by financially vulnerable consumers, many of them first-time savers.

National growth of prize-linked savings requires policy change. But progress on that front is already occurring. Indeed, to date nine states have passed legislation to enable prize-linked savings accounts, and just last month the House unanimously passed the American Savings Promotion Act, a bill that would clear away federal restrictions on which types of financial institutions can offer these accounts.

Resetting one’s “financial zone of operation” – from one that is chronically utilizing debt to one typically drawing on savings reserves – is not easy, and no one product or feature will make it so. But finding, testing and encouraging broader market adoption of proven tools that attract savers, especially first-time and financially vulnerable savers, can only help.

Timothy Flacke is executive director of the Doorways to Dreams Fund.