In July of 2009, I co-founded a microfinance nonprofit called Lumana with my friend and colleague, Cole Hoover. By providing small loans, financial literacy training, and a community of support for small-scale businesses, we sought to play a role in closing the enormous gap in financial services between rural and urban areas in West Africa. We grew the business alongside a team of twelve other amazing and dedicated staff until, in 2013, we made the decision to exit. While we have shared our story with our close group of donors and supporters, we wanted to open up the story of Lumana exiting our microfinance program more broadly.

When we got started, less than 5 percent of microfinance borrowers lived in Sub Saharan Africa. And of that small percentage, less than half of the loan resources were available to people in rural areas. The sheer logistics of lending to lots of people spread out on tiny farms made a model that works well in dense cities like Dhaka, Bangladesh nearly impossible to adapt to the disconnected rural villages of West Africa.

That’s where Lumana came in. Our hypothesis was that by connecting rural communities with more than just loans – financial literacy, savings, and connections to better markets – we could create a sustainable banking model for rural areas. (For more about our early days, check out a NextBillion interview here).

The model worked well on a small scale until we started to find we were, in a way, helping too many businesses and creating more competition than the market could handle. Our fish sellers, for example, started needing to travel from Ghana to neighboring Togo. Those farmers or merchants who couldn’t afford to travel simply saw their produce, fish, or other offerings go to waste or sit on a shelf. We realized the market needed more intermediaries in order to grow.

Through this realization, we discovered what we found to be even more essential in unlocking the potential of rural communities – investments in small to medium sized enterprises (SMEs) like wholesalers or distributors. These mom and pop businesses could create jobs, purchase surplus goods in the market, and bolster the economy much in the same way we saw in the U.S. in the 40s and 50s.

Our most successful investment under this model was in Tip Top Foods, a tomato cannery owned by entrepreneur Sena Ahiabor that operates in the same region where Lumana offered micro-loans. On a given year, most farmers in rural West Africa see about 50 percent post-harvest waste, particularly with highly perishable crops like tomatoes. By preserving what would otherwise go to waste, Sena was building a key efficiency in the market – not to mention creating jobs and preserving nutritious food that could be consumed in the off-season.

We saw the potential for SME lending to be sustainable much in the same way that microfinance was proven to be a viable financial model over time. Further, with the success we saw in our pilot with Tip Top Foods, we felt like we were finally gaining real traction toward our original goal of bridging the gap in financing to rural communities. 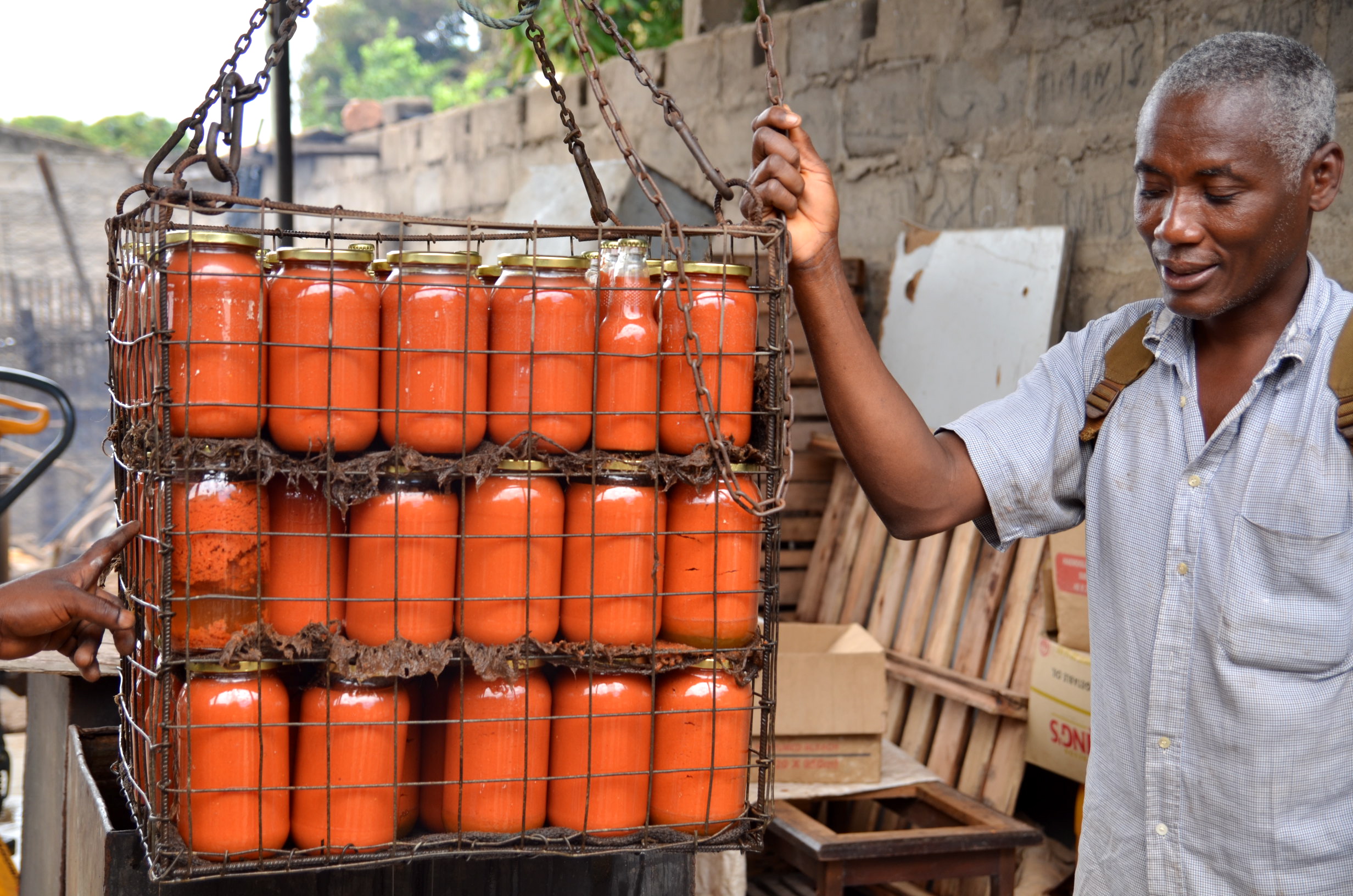 At this point, Lumana’s microfinance programs were serving over 1,000 households in rural Ghana and had reached a point of operational self-sustainability. In theory, that sounds great. But we still relied on donors to expand. Put another way: We couldn’t fund our growth. Further, the vast majority of our donors were invested in Lumana because of our focus on microfinance. So making this major pivot to fund SMEs meant asking them to take a risk on something less proven.

Now that I work in the hustle of San Francisco’s startup industry, this level of risk is the norm. To test a new idea you have to be comfortable taking risk. In the nonprofit world, the funders and grant givers’ level of expectations fall nothing short of an inflexible five-year plan. After realizing we would not be able to raise that growth capital, we decided to look for an exit.

Finding a partner: Making programs by locals, for locals

Fortunately, one of our advisors generously offered to send us to the Boulder Institute of Microfinance’s conference in Turin, Italy — one of the industry’s largest gatherings. That’s where we caught a huge break. As it happened, over 50 delegates from Ghana were sent in 2012 as part of a major national investment in building a more sophisticated financial services sector.

Among those delegates were several leading microfinance providers, some of whom we had been citing as successful models of microfinance in grants for years. With the government’s investment came a number of tax incentives for these programs to serve rural populations. Before we knew it, our little microfinance portfolio was looking pretty attractive to several amazing organizations serving hundreds of thousands of people.

In April of 2013, we structured a deal with Sinapi Aba Trust (SAT), a leading non-government organization with top-notch financial literacy training programs, farming education, and a variety of loan products. In order to preserve the strong relationships we had built with our clients, we opted to pass on our portfolio one customer at a time. As such, our clients completed paying their outstanding Lumana loans and then were referred to SAT to apply for their next loan. Through this process, we were surprised at the number clients who told us they were no longer in need of loans. With the savings they had built up through our program, they were growing their businesses with their own profits and even lending to other family members in need.

As for the SME lending, we opted to keep our portfolio as a board-run operation. Tip Top Foods’ tomato cannery is our primary investment, and we continue to check in and help garner more support for their work. Sena, the owner, passed the Food and Drug Authority Certification to have his canned tomatoes sold in large grocery chains, which was a major milestone in scaling his business.

From the beginning, it was our goal that Lumana reach a point where our programs could be run entirely by Ghanaians. We just didn’t think it would happen so quickly! As a foreign non-profit operating in Ghana, we viewed our role as a bridge solution, providing services that were not yet accessible to our clients. However, since our inception, the Ghanaian government along with local MFIs have made some incredible leaps toward expanding financial services. By laying a foundation for financial services, Lumana made a significant head start for our villages, which will now be carried on by SAT.

As I reflect on Lumana’s story, I now find myself thinking most about the best way to reach a social mission. By connecting our villages to a larger, more scalable partner, we were able to have a much bigger impact. From my experience in the nonprofit sector, structuring this type of exit is not the norm. As nonprofit leaders, it’s easy to get attached to the ongoing survival of our mission and our organization and think we’re the only ones who can solve the problem (an idea that has been well-articulated in this TEDx talk by Eric Stowe). We hope our story will inspire more nonprofits to consider partnerships and acquisition as a strategy for bringing innovation to new regions and bridging the gaps in services for emerging markets. In our case, making the decision to exit opened the door for new opportunity.

Sammie Rayner is the Co-Founder and former Executive Director for Lumana. She now leads Partnerships & Strategy for San Francisco-based startup HandUp.org, a crowdfunding website for people in need in the U.S.