Ripe for Innovation: Democratized Diagnostics for the BoP

The first at-home pregnancy test hit the market in the late 1970s. The kit though was clunky, requiring the user to mix urine with solutions using test tubes and to wait hours for the results. Still, it was a breakthrough – tests went from central laboratories into patients’ homes. Today, it’s a pocketsize device.

The theme of the story – putting information in the hands of everyday consumers – is commonplace. Instead of libraries, we have encyclopedias on our phones; instead of conferences, we have TED lectures on our laps. But the story of the pregnancy test is still a rarity in health care; beyond the test, diagnostics have hardly budged. Whereas pregnancy tests have been democratized, most medical diagnostics remain centralized, dependent on central laboratories and health care providers.

As is often the case, health care seems to be the exception, bucking the trend of consumer-centric technology democratizing information. Diagnostics might seem like a peculiar call-out, but a few examples suggest that this space is ripe for innovation – especially at the BoP – and with far-reaching implications.

Take Diagnostics for All, a social enterprise innovating point-of-care (PoC) diagnostics. Its new liver-health test in India is the size of a postage stamp and free of equipment, allowing providers to perform tests just about anywhere, in under 15 minutes, and for less than one cent. As the enterprise reminds us, “in resource-poor countries, where roughly 20 percent of TB patients and 25 percent of HIV patients, lacking access to diagnostic tools, succumb to liver complications,” this is no inconsequential innovation.

At the BoP, finding a clinic to perform a costly test, sending that test to a central laboratory, and returning later on to receive the results is not usually feasible. But a fast, low-cost, easy-to-use PoC innovation changes the game altogether. The challenge rests on our ability to creatively move diagnostic technology closer to the patient.

Still, PoC innovations rely on a provider, and therefore incur costs like accessing that provider and paying for the service. Truly democratizing diagnostics implies putting consumers at the center of it all, which is just what Project Masiluleke in South Africa has set out to do. Their novel idea: enable untrained individuals, especially those with low literacy, to test themselves for HIV – and then ensure that they seek treatment.

Project Masiluleke uncovered a key insight that made the case for an at-home HIV test: South Africans, especially men, avoided HIV testing at clinics for fear of being seen. In one survey, 78 percent stated that they would prefer to test in the privacy of their home. To overcome the barrier preventing men from knowing their status, HIV diagnostics would have to leave the clinic and enter the home.

The designers had the technology in hand (the usual vial and swab). So beyond the technology, could it be packaged to discreetly carry in one’s pocket? How would consumers become aware of it? Where would they buy it? How much would they pay for it? What would they do with the results? A successful at-home HIV test required answering all of these questions (and more; click here for a detailed case study). 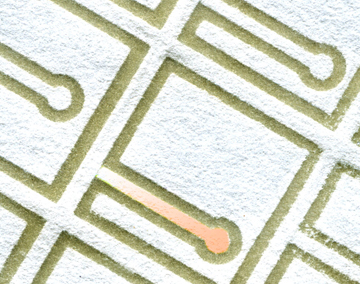 As Project Masiluleke testifies, the task of democratizing diagnostics is more than a technology challenge. It’s fundamentally a marketing challenge: to create diagnostics that are consumer-centric in their design, accessible in their availability and cost, and compelling in their desirability. Said another way, the four P’s of the marketing mix: product, place, price and promotion, respectively.

A postage-sized liver test or an at-home HIV test might be the result of innovation in a resource-poor environment where central laboratories are few and far between. But like the pregnancy test, they’ll meet a universal need for patient empowerment by putting critical information at our fingertips. Maybe again, with a bit of skilled marketing, innovation at the BoP will leapfrog the rest.