A great-tasting, caffeine-containing, calorie-conscious tea WITH a sustainable environmental impact?

I didn’t think such a product could exist until I looked into Runa Tea, one of the latest brands in the business with social impact space. Currently, Runa has revenues hovering around $1,000,000 annually and in turn is generating over $100,000 of direct income per year for 2,000 farming families.

I spoke with the founder, Tyler Gage, a few days back and was humbled to hear the inspiration behind the company, the beginnings of operation and subsequent success in product sales.

Kishor Nagula: What was the inspiration for starting Runa?

Tyler Gage: During college, I spent two years researching and living in the Amazon, which engendered my love and passion for the rainforest. Through these experiences, I learned not only how important the rainforest is to those living in the Amazon, but also the struggles families have in maintaining traditional values while generating sustainable income. Armed with that idea, I came to the foundation of Runa – what if business could solve both these ideas while using markets to support development?

Around the same time, I routinely started drinking guayusa tea – a tea leaf native to the Amazon – because of its great taste and high energy content. I quickly realized the potential for the tea and came up with the idea to produce and manufacture the tea in the open markets. I took an entrepreneur class during my last year in college and wrote a business plan on Runa that eventually won a case competition in Brown and helped structure the business.

KN: Could you talk a little bit about starting the business? 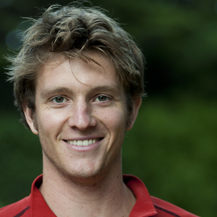 TG: When I first decided to start the business, I knew my biggest struggle would be getting a constant and sustainable source of guayusa. I spent the first two years building the supply chain and getting the tea from Ecuador to the U.S. I also spent a great deal of time building partnerships, starting with the participating Ecuadorian community and expanding to partners at non-profits and with the government. The game-changing moment came when I received a grant from the ministry of exports to research into manufacturing guayusa; this was huge, not only from a financing standpoint but through the governmental endorsement.

KN: What was your a-ha moment when you realized Runa’s market potential?

TG: Runa can be found at many natural food stores, with Whole Foods perhaps as the most notable. And the energy drink market is exceedingly huge (around $6 billion in the US) with high calorie drinks, so I knew that Runa could fill a mainstream, market void with its caffeinated but calorie conscious tea if given a chance. That chance came in 2011 when Runa first hit the shelves at Stop and Shop stores around the country, which in some sense, came as a seal of approval that Runa can really scale outside the natural food sales market.

KN: Can you talk a bit about Runa’s foundation and its relationship with the for-profit Runa brand?

TG: The foundation – as well as Runa’s – mission is to create livelihoods for farmers. The foundation is essential in incubating initiatives, through research and development, training and technical assistance and through market access. For example, one goal is to assist farmers with sustainable production while improving access to the broader market, all with the intent to maximize profits for the farmers and for Runa. 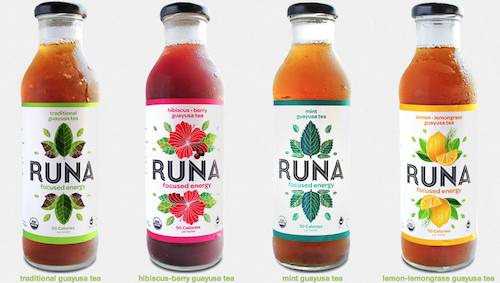 KN: What advice do you have for aspiring social entrepreneurs?

1) For any company interested in starting a business motivated by a social cause, make sure the product can sell and the business is successful. I’ve observed a tendency of entrepreneurs in this market focus too much on the social aspect and less on the business, and as a consequence, not succeed. So it’s important to understand how to make a business first and then start layering in the social components.

2) Take the time to pilot the business on a small scale first and then work out the kinks through gradual improvements.