Editor’s note: This post originally appeared on the SEEP Network Blog and is republished with permission. NextBillion is serving as a media partner for The SEEP Network’s 2014 Annual Conference, which will serve as a platform to promote learning and exchange around proven and emerging approaches, strategies and models for reaching substantial numbers of poor and vulnerable populations on a sustainable basis. Find out more here.

In some ways, applying a gender approach to a market-oriented activity is contradictory. You want your beneficiaries to make decisions based on sound business principles while also increasing women’s participation. But the reality is that women disproportionately lack the needed business skills and resources and may not be able to actively participate without a leg up. A recent report by the World Bank Group and the ONE campaign showed that women farmers are significantly less productive than men farmers in Africa due to long-standing gender inequalities.

The USAID-funded Feed the Future Agricultural Development and Value Chain Enhancement (ADVANCE) Program in Ghana adopted a dual strategy to address this challenge. The first approach was to mainstream gender into all activities and ensure women had equitable access to project resources. The second was to implement discreet activities that supported women directly or to adapt standard activities that were more relevant to women. Interventions that were tailored to specifically benefit women, such as numeracy training, listenership clubs, and lower cost share requirements for equipment grants, allowed the project to reach and positively impact more women.

This dual strategy was successful in increasing women’s participation in the target value chains. While the project had an overall target of 30 percent women beneficiaries, it had limited control over who nucleus farmers (NFs) chose as outgrower farmers, and there were concerns that we would not be able to achieve this target. NFs selected outgrower farmers based on an estimation of how productive and responsible they would be going forward.

However, NFs observed that when women had access to inputs through the NFs and had attended agronomic training at demonstration sites, their yields and gross margins increased—at a higher rate than the men’s. Women also tended to repay NFs in a timely manner. As a result, the share of women outgrower farmers increased from 26 percent in 2010 to 39 percent in 2013. Cases of increased household income empowered women to feed their families, take care of their children, and invest in their own livelihoods. They have also led to decreased conflict between spouses. (A full impact assessment is available here). 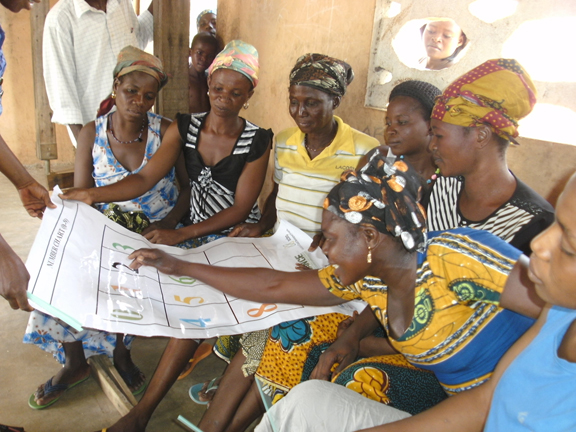 ACDI/VOCA faces similar challenges in many of our market-oriented programs. In Ethiopia, we are implementing a leadership and networking mentorship program to give women the skills they need to compete effectively in their sectors. In Tanzania and Zambia, our projects are forming and strengthening Savings and Internal Lending Communities with the goal of graduating female members into more formal credit systems traditionally populated by men.

Going forward, it would be helpful to understand how much these types of activities level the playing field between men and women and to clarify how we define success. At what point do we say women no longer need this additional support?

ADVANCE II kicked off in February 2014 and is designed to build on the successes of its predecessor. The first project did a good job of including women in the outgrower farmer model. In the second round, we would like to see more women in leadership positions at different levels of the value chain, such as leaders of producer and marketing groups, associations, business managers, and so on. The plan is to continue to mainstream gender equity across all program components, while also designating specific activities and resources toward lessening the inequality between women and men.

Michelle Stern is the Technical Director for Technical Learning and Standards at ACDI/VOCA’s West Africa office.