The Best of 2012: The Dangerous Promise of Impact Investing

Editor’s Note: As we wrap up 2012, NextBillion is republishing some of the most-read and most commented-articles of the year. These posts illuminated new modes of thinking and new practices for improving low-income peoples’ lives through market-based solutions. This post was originally published on May 26, 2012.

In my last conversation with Felix Oldenburg, Ashoka’s Europe and Germany director, described his thoughts on the quickest, most powerful ways to unleash social impact across the globe. In part two of our conversation, in the days leading up to SOCAP Europe, Oldenburg took on – and took apart – what’s being touted as a new industry: impact investing.

“Leading social entrepreneurs are people who are single-mindedly passionate about solving a social problem, but how they get there is influenced by the funding available,” he began. “So funders have a great responsibility.” However, he continued, the promise of channeling vast funds to social causes through impact investing actually does more damage than good. Oldenburg went on to craft a radical critique of the current hype surrounding impact investing.

First of all, impact investors need their investees to repay debt or equity, which requires a business model that can create profit surpluses. Many assume that the impact investing craze coincides with a strategy shift toward the social business model over the nonprofit model, as social entrepreneurs adjust to the demands of the funding marketplace. This, Oldenburg argues, is a myth. In fact, he finds that entrepreneurs are not moving toward models that create surpluses and believes they should not. “Great social entrepreneurs look for the fastest way to change the system with the cheapest form of funding available – not for the safest way to produce surpluses to pay back expensive loans or mezzanine capital.” This exposes the weakness of the impact investing movement, which is predicated on the ability, and willingness, of social ventures to generate income.

NextBillion.net: Why do we have an impact investing trend if we don’t have an increased income trend? 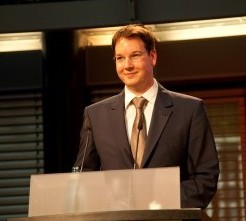 Oldenburg: Quite frankly, impact investors are sitting at the end of an oil pipeline, waiting for the riches to gush out, but they are finding few deals. The most common complaint from impact investors is the low deal flow in their industry, since there are so few social enterprises that meet their (often narrow) requirements for investment. Some investors invest anyway, producing not only failing deals but also damaging the investees with their stringent requirements. The clever investors walk upstream to find the deals, and invest with grants and advice only to the organizations that will actually benefit from developing a “customer-based business model.” (See Mark Cheng’s bio.)

NextBillion.net: Then what types of social enterprises will benefit from impact investing?

Oldenburg: Impact investing only works for investees that have an earned income strategy that is beneficial for social impact. For simple product businesses, like selling cookstoves in Africa, there is a clear impact rationale to having an earned income strategy. Though these businesses are important, they rarely pave the way to innovation. They are not the high-end social entrepreneurs pioneering solutions where there may be no clear income streams – or where markets could take years to build. If you force impact investments on these solutions, you risk dumbing down their strategies from creating new market mechanisms to using existing ones.

The tragedy is that there is a psychological power differential between social entrepreneurs and social investors, so the former will spend a lot of time and make a lot of mistakes accommodating the latter before they understand whether or not an earned income strategy is, indeed, the fastest way to impact. Many social entrepreneurs are stuck in a fundraising mentality. They listen to the impact investors, who often impose hefty terms like two-digit interest and an equity stake with veto power-expectations that are simply not conducive to expanding social impact. They get even deeper into fundraising trap by focusing everything they have on generating revenues. And the impact investing hype also makes social entrepreneurs think that this is what the funding marketplace expects, shifting many organizations to strategies that limit their impact.

NextBillion.net: What do we need to do, then?

Oldenburg: We need to think differently as supporters and funders of social entrepreneurs. We need to refocus on a paradigm of funding that starts from the impact and not the return.

First of all, we need to ask, does it make sense for a social entrepreneur to pursue a direct earned income strategy? If we take a hard look at the fastest growing ideas, we realize that the most powerful strategies that disproportionately grow social impact in comparison to the organization – empowering employees and other organizations, open-sourcing, building hybrid value chains, and creating a movement around an idea instead of a slow-growing monopoly-do not lend themselves well to impact investing. The future of innovation in the social sector is not limited to individual businesses that generate profits – it has to do with collaboration, partnerships, and empowering others to help you.

Impact investing, in the worst case, will limit the very potential of an idea, by preventing strategies that could unleash social impact across the word. By forcing a socially impactful organization to focus on earned income, you will cage them.

On the other hand, impact investing could thrive if it manages to channel more funds toward proven and organically growing social enterprises, without luring systems-oriented social entrepreneurs toward incremental growth models.

Regardless, the fundamental shift in thinking remains – we must fund the impact, not the organization – and quickly, since there are thousands of social entrepreneurs waiting for the capital needed to unleash their social impact.

NextBillion.net: How can we fix this market failure?

Oldenburg: Monitor states that impact investing market could be as big as $500 billion in the next decade, double the amount of philanthropy given in the US in 2009. However, there are very, very few high-impact social entrepreneurs that would be able to use it. In other words, the demand for investable social entrepreneurs is much higher than the supply of capital; it’s an entrepreneur’s market.

The best social entrepreneurs will align themselves with trend-setting donors who will not primarily require an organization to grow and become stronger itself. Rather, they will allow an organization to let loose its social impact. These funders will realize that an organization may fumble, but it is a tragedy if the idea dies with it. They will know that if you start a movement with unstoppable impact, it doesn’t matter what happens to the organization.

Oldenburg is the first to admit that he does not know the solution, but we brainstormed: What if there was fund that provided incentives for an organization to spread impact, and did so by quantifying its impact (for example, by measuring the number of organizations that adopted its model)? And then, after the organization achieved its impact, what if the fund reclaimed its investment, not from the investee, but from the institutions (government, etc.) that would otherwise have spent money on fixing the problem? The UK’s Social Impact Bond is one experiment, but there are endless ways to engineer a new funding mechanism that supports impact growth over organizational growth. And the social capital marketplace is more than ready.

Hear more on this topic at SOCAP Europe’s “How to Fill the Deal Pipeline in Europe: Changing our Models to Fit the Continent” on Tuesday, May 31st at 11 am.