Sanergy is Breathing ‘Fresh Life’ into the Sanitation Loop

After graduating from the MIT Sloan School of Management, a group of fearless students with a vision founded Sanergy, a Kenya-based company that builds low-cost sanitation in urban slums, benefits local entrepreneurs, and processes waste into electricity and fertilizer. Lindsay Stradley spent three years with Google’s East Coast Sales & Operations team before attending business school at MIT program, where she co-founded Sanergy.

A forward-thinking social entrepreneur, Stradley not only is addressing and helping to solve a serious development issue, but she is also generating profits and providing job opportunities to local entrepreneurs. I spoke with the 2012 Cartier Women’s Award finalist during her trip to New York City, where she was attending the Clinton Global Initiative.

Gary Goldman: First off, I’d love to know a bit more about the low-cost sanitation centers that Sanergy produces.

Lindsay Stradley: Sanergy’s Fresh Life Toilets are 3 feet wide by 5 feet long and made out of prefabricated concrete slabs, which are transported to the site and assembled in one day. The toilets all have a urine-diverting squat slabs, with sealed cartridges underneath the floor. There are two holes, because the separation of waste reduces the smell and facilitates the end collection. Each toilet comes with a package of services such as a hand washing stand and some cleaning equipment.

GG: What happens once the waste is collected?

LS: We employ our team of trained “Fresh Life Front Line” staff to collect the waste each day and return it to our central processing facility. At this point, the waste is processed and converted to electricity – which is sold to the national grid – and organic fertilizer – which is sold to farms.

(See the video below for more on the model).

GG: One of the company’s greatest assets seems to reside in the fact that it addresses the entire sanitation value chain.

LS: Sanergy is built on the idea that you need to be incentivizing the entire value chain to be successful. We first design and produce high-quality sanitation facilities, and sell them to existing entrepreneurs in Nairobi. The toilets, which include the installation, the marketing, branding, business support, and daily waste collection service costs about $500. Entrepreneurs can then charge about five cents per use of the toilets. We don’t collect these fees, they get to keep 100 percent of it. Sanergy then makes its profits from the sale of the byproducts derived from the waste.

GG: How many toilets have you built to date?

GG: That’s a lot in a short period of time, considering that Sanergy launched in 2010.

LS: Our first franchised toilet actually launched in November 2011 on World Toilet Day. The second launched in December, so 98 out of the 100 were actually from January 2012 onwards!

GG: Do you have the story of a Fresh Toilet operator to share?

LS: One that comes to mind is the Agnes Kwanboka, who sold an illicit (alcoholic) brew called chang’aa for 16 years before getting into the Fresh Life business. She can now keep the profits that she makes, provide for her family, and pay off her debt. Agnes is the perfect example of a woman using sanitation as a way to improve her community.

GG: I know that you recently started a partnership with Kiva. What does it entail?

LS: Sanergy is posting the loans of future Fresh Life toilet operators on Kiva.org to allow them to buy the technology upfront. The fact that the Fresh Life operators can pay back what they owe as they go on the Kiva platform with the money that they make means that we’re taking the middle man out, and making the approval process much easier.

GG: Where do you foresee Sanergy going in the short and long term?

LS: Sanergy will be focused on expanding its work in Nairobi, in particular within the Mukuru area. Nairobi has nearly half a million people, and the average use for a Fresh Life toilet is fifty times per day. If you do the math, that’s about 5,000 people in the slums of Viwandani and Mukuru with access to proper sanitation. We are also looking to adapt and replicate our model in other areas to see what works, what doesn’t. The goal is making sure that 100% of people we’re working with are using quality hygienic toilets. 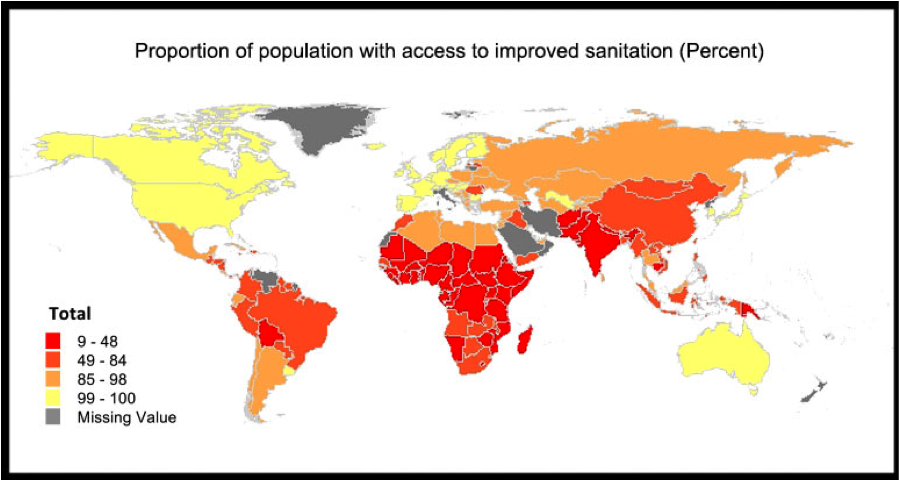 GG: Why does sanitation play such an important role in ending poverty according to you?

LS: If people are using sanitation, then the entire community is healthier. Children can stay in school, people can hold on to their jobs. More than a million children die every year of preventable diseases in Kenya, which also results in huge health care costs. The impact of proper sanitation cannot be overstressed.

GG: Finally, choose a statistic that you are trying to change through your work.