The Magic of Mobile Money: Looking back on the days when I used to sellotape coins on order slips

As a child, I had a number of options when I had to send money afar, such as to pay for a special character card from my favorite children’s comic “The Dandy.” The first step in the process was sellotaping coins onto the dotted circles on the order slip and hoping that both the postman and the assistant opening the post were honest. I also remember buying a “Postal Order,” a kind of promissory note available at the post office in the local town, on which I could at least write the payee name. The safest alternative was asking a grownup to write a check for me.

I am sure many readers of a certain age can recall these days as well. Nowadays, after hopefully remembering a whole series of passwords (and the name of my childhood school and/or my sister’s doll), I can log into my bank account on my phone and send money to another bank account using “Fast Cash.” The money arrives in an instant, with a full audit trail and at no cost – as long as I keep a steady flow of money through my account.

When I founded Movirtu in 2008 to provide low-cost mobile phone service in Africa, few people realized the extent to which mobile access would bring this convenience and security to the BoP. Yet the need was clear. When I met Maria in Mahavelona, Madagascar, in 2010 as part of my Movirtu research, she explained how she was living far away from her husband and five children due to her work. She was a farmer, earning 30-60 US cents a day, and her income was very erratic. She frequently had to call her spouse and ask for “pocket money” to pay for food, or seeds and fertilizer. The money would be sent as bank notes in an envelope and given to a bus driver with some cash to pay for his courier services (anywhere from 10-30 percent of the value of the cash). The driver would take the envelope to the nearest regional bus station 30km away in Mahitsy. 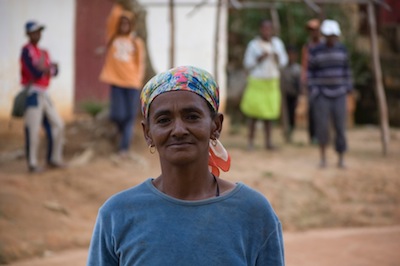 Maria said the money would go missing once in a while. Sometimes she missed the bus arrival time at Mahitsy and the driver took the money onwards and ended up using it, or the driver just disappeared. But her largest problem was that it would cost her a day trip to go collect the money. Maria’s friend had been trying to persuade her to use the new mobile money service from one of the mobile operators, but Maria explained to me that she didn’t have a mobile phone yet. She also didn’t trust (and more importantly didn’t want) other people to know her money matters, information she feared would be exposed if she were to borrow someone else’s phone to make a transaction.

The formalization of the money market in emerging countries represents a great opportunity to help people like Maria, and to build businesses that provide financial access and products. As previously reported on NextBillion by Jake Kendall, Gallup organization did a major study in August 2012 finding that in 11 countries in Sub-Saharan Africa, 53 percent of adults (134 million people) had made financial transactions involving distant counterparts in the previous 30 days, with 60 percent using informal, cash-based channels. The study also found that 55 percent owned a mobile phone and a further 22 percent had the ability to borrow one.

In 11 countries in Sub-Saharan Africa there are 80 million people using informal methods to make financial transactions involving distant counterparts. And while we should rightly marvel at the progress that electronic banking has brought, these people are facing similar problems to the one I once encountered when sellotaping coins onto paper order slips and sending them through the post. But they’re obviously experiencing them on a different scale and with far more crucial consequences. For these people, the cost, both in terms of fees paid to money carriers and the time taken to conduct the transactions, is immense.

That’s why there is a vast opportunity to bring affordable and accessible financial products to the BoP market, especially through mobile phones. Not only for the apparently rudimentary process of transferring money between accounts, but also for savings, micro insurance, payment and trading. And though a lot of work remains to be done to put these products in the hands of more people, it’s amazing how far we’ve already come.

Nigel Waller is a Partner at Mbada Ventures LLP, an impact-first investment fund manager focusing on SME technology businesses that are intentionally looking to make an impact on people living at the BoP in East Africa.