The Past and Future of Mobile Finance in Africa: Part two of our Q&A with Henry Maloba at Grameen Foundation’s Mobile Financial Services Accelerator

Henry Maloba leads Grameen Foundation’s Mobile Financial Services Accelerator in Uganda, an initiative that arose from its partnership with the country’s leading telco, MTN Uganda, and the Bill & Melinda Gates Foundation. The accelerator aims to bring mobile-based financial services to rural Ugandans, a community that has largely been excluded from the growth of mobile financial services like MTN’s.

The accelerator takes a unique approach, attempting to forge collaboration between entities that are locked in fierce competition in other markets: telcos and financial institutions. In part one of our Q&A, Maloba talked about the challenges of reaching the rural poor, and how banks and mobile network operators can work together to address them. In part two, Maloba discusses the tensions between these sectors and among mobile network operators themselves, and shares his views on the future direction of mobile financial services in Africa. You can read part one of the interview here. (Note: Grameen Foundation is a NextBillion Content Partner.)

James Militzer: Let’s talk about M-PESA. Some argue that its success can’t really be replicated because it has enjoyed monopoly status, which allowed it to scale and keep costs down. Do you think that’s the case, and that other countries will struggle to get the same degree of penetration in mobile money. Or do you think it’s better to have competition from the very start?

Henry Maloba: I think the latter is very important. Competition should be encouraged so as to pass cost benefits to customers if financial inclusion is to happen. But when I hear people complaining about the monopolistic position of Safaricom, I think sometimes that it’s insincere. When mobile money was launched in Kenya, other telcos did not take interest in the new channel, and many dismissed it as a passing fad. So other telcos are partly to blame because they did not come to the party early enough – but I think other countries have learned from it. Tanzania is a very good example: all the three telcos, Tigo, Vodacom and Airtel, are working together and have even opened up each others’ systems to actually send e-value across. So I don’t think there’s going to be any repeats of M-PESA happening, I think most industry players have learned from this experience.

JM: Do you think that interoperability is going to be a key element going forward in different countries in Africa, or do you think telcos will resist that and try to build out their own networks? 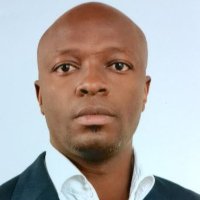 HM: I think at the end of the day, market forces, customer demands and also regulators will force them towards [interoperability]. A good reason is customers do not have to switch to other networks to benefit from the service. If I can use my Visa, MasterCard or American Express anywhere in the world, why can’t I do the same with mobile money? This is a conversation for another day.

And secondly, tied to that, if you look at an agent running an exclusive mobile money service, even in the busiest locations of any capital city in East Africa, most of these agents can barely break even, as documented by MicroSave. By allowing multiple transactions to happen at a single agent point, it makes it easy for most businesses to break even. For instance, in Kenya we now have a Competition Authority, that has discouraged monopolistic tendencies, so over 80,000 M-PESA agents can now offer agency services to competing brands. So you can go into the streets of Nairobi and see one agent outlet that has a counter for Equity, Cooperative bank, Chase bank, KCB and M-PESA, all under one roof.

JM: I’ve heard complaints from bankers who say that M-PESA and other mobile money services are latching onto the existing bank infrastructure to replenish cash in their agent networks, while the bank absorbs the expense of sending cash to all the remote locations where the agents use it. Do you think that’s a fair point?

HM: No, it’s not, I think the agent network is reliant on a strong banking branch network. There’s no way you’ll ever go to a bank branch and be told there’s no cash for you to withdraw, or no e-value, because this is their core business. If the financial institutions don’t play that role, then it forces telcos to also think of alternative ways to rebalance cash for their agents.

And banks earn commission out of it – it’s not that they do it for free, they are actually paid for that particular service. Also, if more telcos and more agents bank with them, they’ll have more deposits coming and they’ll be able to lend more. As a former banker, this is a way for banks to raise cheap deposits, hence have more room to lend.

JM: What do you see as the next wave of mobile money products, as the sector continues to grow?

HM: We are not going to reinvent the wheel. We’ll only do microcredit, micro-savings, micro-insurance – and if we go a little bit further we’ll do mortgages and micro-housing. I may be wrong, [but I think] mobile money products will not stand alone, I anticipate the new products will be part of addressing the social and economic good in society.

I think the game changer is going to be capturing the people who transact outside the banking systems. I think, especially in the African context, there are very many people whose cash transactions have never been captured, and capturing those values [via mobile money] will be a very significant step. A good example: South Africa had been the continent’s number one economy, but when Nigerian GDP was rebased factoring in other sectors, including the telecommunication sector, they are now the number one in Africa. The same happened to Kenya – now we are a middle-income country, thanks partly to the new business generated by mobile operators

The basic question I ask myself today is, how can we make the exchange of cash for e-value frictionless and ubiquitous? For example, what if we could use mobile airtime to buy goods and services – to pay for electricity, water, pay TV, or any other utility? Availability of airtime recharge vouchers has a wide coverage within most African countries. It’s just a matter of time [until] regulators will have to look at this segment which has enormous potential but also new risks. It might not happen today, but in the next five years this will be a reality.

JM: It sounds you’re suggesting airtime could be an electronic currency of sorts, which makes me wonder what you think about actual cryptocurrencies being used in mobile money, like BitPesa. Do you see that as something important going forward?

HM: Yes that’s important, especially for remittances going from the developed markets coming to Africa. [But] at the end of the day, when it comes to remittance destinations, mobile money has to be within the understood currency, not cryptocurrencies but mobile money. I wouldn’t encourage us to leap into digital currencies, as mobile money has not yet taken root in most emerging economies.