Thinking About the Box – Not Just Outside of It

“I teach in this impossible space between the hubris of benevolence and the paralysis of cynicism.”

– Ananya Roy, Poverty Capital: Microfinance and the Making of Development

“Think outside of the box” is one of the most clichéd expressions in the English language, uttered by corporate CEOs and anti-corporate activists alike. Thinking outside the box logically begins with defining what is the box from which you’re trying to escape. But when’s the last time you were in a meeting about defining the box?

Ananya Roy is a University of California-Berkeley professor whose work focuses on defining the dominant boxes of development in general and microfinance in particular. She describes these boxes in her book, Poverty Capital: Microfinance and the Making of Development. 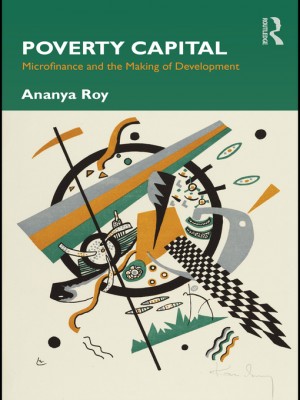 In Roy’s first box, microfinance organizations emerged in Bangladesh as organic, adaptive institutions meant to catalyze social and political change from the bottom up, using tiny loans to break cycles of dependency and disenfranchisement. Turning a profit was never a goal for organizations in this box, and expanding into other financial services such as savings and insurance is simply an organic imperative to develop as institutions in response to the needs of the poor.

BRAC and Grameen – these organizations dominate the first box. As profitable instances began to emerge among organizations in this first box, they set the stage for others to appropriate the microcredit model and inject it into new places without its organic, adaptive roots and without the social and political goals that originally inspired it.

Indeed it was all too easy for large and powerful organizations based in the global north to appropriate microfinance, and to dilute its social and political goals in a pool of commercialization. These organizations now exist in their own box, which Roy labels the “Washington Consensus on Poverty.” They have had tremendous success at attracting wealthy donors and investors from the global north to support commercial microlending in the global south, thanks largely to the political and cultural capital of neoliberalism-the legacy of the Reagan-Thatcher era’s romanticizing of heroic entrepreneurs as humanity’s sole hope for a better future.

CGAP/the World Bank and USAID dominate the second box. For this box, commercial success in microlending is a holy grail, regardless of the possibility that they are failing to overturn existing power structures and simply replacing old cycles of dependency for new dependencies. Recently, for better or worse, the drive for social metrics in commercial microlending has become a sort of exercise in grafting good intentions onto failed efforts to fulfill them, Roy argues.

Poverty Capital is a captivating account of the interactions and intersections between ideas and organizations from each box. At times they are engaged in a lop-sided battle for power and influence over the development-industrial complex; at times they are guilty of similar sins, particularly when it comes to over-stating impact and over-simplifying development for the sake of self-preservation or expansion of power and influence. In the Arab world and in Afghanistan, it turns out to be a harrowing narrative of multiple ideological and ethical quagmires.

Roy writes from the perspective of a professor in the classroom introducing young minds of the Millennial generation to the development landscape, with all its competing theories, constituencies, and industrial complexes. That grounding gives the book something of a confessional tone, like those scenes on a reality television show when a cast member sits alone in front of a camera re-telling their thoughts as a cut scene laced into scenes of something absurd happening to them earlier. Poverty Capital revolves around the paradoxes, hypocrisy, and absurdities of development.

Though harshly critical and often cynical, Poverty Capital is ultimately a positive message about the great potential of the Millennial generation. Without harboring any illusions about the ability (or inability) of Millennials to label every country on the map, Roy acknowledges there is more hope than ever in an authentic, genuine global citizenship thanks to the courage of young minds to use the Internet as a tool to document and exchange stories and ideas-and the impetus from such interaction to build a better world on behalf of each other.

Povery Capital’s criticisms and revelations are a valuable guide to navigate the landscape of development ideas and the organizations trumpeting and implementing them across the world, a landscape of boxes to shatter if the Millennial generation really is to build the better world it promises.