Waiting for the Mangoes to Ripen : Access to credit frees Haitian farmers to sell and invest on their own terms

Haitian mango farmers like Gardien Saintvil receive the best price for their fruit by selling it when ripe. But Saintvil has a powerful incentive to harvest too early and sacrifice much of the value of his mangoes.

“I often had to choose between selling my mangoes before they are ripe, or selling a goat when the price is low,” said Saintvil, who lives near the city of Hinche in central Haiti. “I’ve always appreciated the value of mango trees, so I try not to sell my mangoes early, but sometimes I had no choice.”

To get mango farmers the cash they need before and during the harvest, TechnoServe and its partners have launched a pilot loan program for farmers who have difficulty accessing credit in Haiti. So far, these loans have benefited more than 1,400 farmers, 57 percent of whom are women.

This loan program is part of the Haiti Hope Project, a partnership to help 25,000 farmers double their fruit income by ensuring greater value for their high-quality native mangoes. Haiti Hope brings together public and private partners, including USAID, The Coca-Cola Company; the Multilateral Investment Fund, a member of the Inter-American Development Bank Group; and TechnoServe. Additional support comes from the Clinton-Bush Haiti Fund, the Soros Economic Development Fund and other international and local organizations.

Haitian farmers, who TechnoServe estimates earn only about $500 per year for cash expenses such as clothes and school fees, produce about 500 million pounds of mangoes annually. But fewer than 5 percent reach the lucrative export market. With proper training and improved market connections, more farmers will use their mango trees to create sustainable incomes for their families.

A key element of Haiti Hope is extending credit to farmers, a part of the population that is largely excluded from the Haitian financial system. Haiti Hope is partnering with Sogesol, a local financial institution, to implement a loan program that best meets farmers’ needs.

In designing the loan product, Haiti Hope closely consulted with the leadership of the farmer business groups in the two locations where the loan program was piloted. These group leaders provided input on the terms of the loan, and they helped identify which farmers should participate in the program. Those farmers who met Sogesol’s lending requirements began building a direct relationship and credit history with the bank. 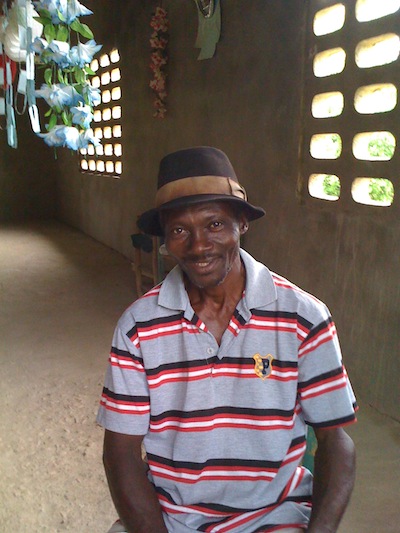 In April 2011, the pilot program was launched in the community of Gros Morne, with 75 farmers receiving loans totaling nearly $3,900. The loans allowed the farmers to prepare for the coming harvest and sell their mangoes only after they had ripened, helping to ensure the best price.

The loans are designed to be a good business decision for both the farmer and Sogesol. They range in size from $50 to $150 and are repaid in four months at an interest rate of 2.5 percent a month, plus 3 percent commission – the lowest rate in the market for loans of this type. About 98 percent of farmers have fulfilled their obligations to repay their loans, a remarkably high rate. The operational and logistical support that Haiti Hope provides helps make these loans a viable product.

Aside from the loans, Haiti Hope is forging connections with exporters and other industry and government stakeholders to help farmers reach better markets and earn higher prices for their mangoes.

Drawing on lessons from the pilot, the loan program is expanding to new regions and farmer groups. Some 1,400 farmers have received loans, and the program is targeting 7,500 borrowers by 2015. The goal is to give 30 percent of 25,000 farmers enrolled in Haiti Hope access to more than $250,000 in credit.

About four months ago, Saintvil (pictured left) received his first loan of about $50, which he used to pay his children’s school fees – one of the biggest cash expenses for a Haitian farmer. He repaid the loan the next week, making him eligible for a new loan of $100. He has plans for this new credit.

“The price of beans is very low right now since people are harvesting,” Saintvil said. “I’ll use the credit to buy them cheap now and then sell them in January or February when the price is high.”

By using his credit to make smart economic decisions, Saintvil and other farmers participating in Haiti Hope stand a chance of climbing out of poverty, step by step.