5 Things Big Business Could Do to Give Social Enteprise a Boost: With the CSR bill passed in India, there are more ways to collaborate

With the new Companies Bill passed earlier this month, there are huge expectations on how this new wave of corporate giving, will impact the social entrepreneurship industry. It will be safe to assume that some of the estimated Rs 18,000 crore that will be spent by corporates on corporate social responsibility activities will be ploughed into the social entrepreneurship industry directly or indirectly.

‘Social business projects’ are one of the activities specified in Schedule VII of the new legislation. (Ernst & Young, the audit and advisory company, estimates that the law would cover about 3,000 companies in India and about $2 billion of expenditures on CSR activities). During his budget speech, Finance Minister P Chidambaram also included technology business incubators housed with academic institutions, as one of the CSR activities. Besides those activities, how can Indian businesses help the social enterprise industry to scale and innovate?

Here are five initiatives that Indian big business could engage in to fast-track the growth of the social entrepreneurship industry in India.

What if Infosys Technologies (the Indian multinational that provides of business consulting, information technology, software engineering and outsourcing) adopted Action for India (AFI) and provided them with technological assistance if they required it. Or if pharmaceutical giant Dr. Reddys Labs gave Bangalore-based Barrix Agro Sciences – maker of pheromone-based flycatchers – access to their labs and scientists? Maybe it would lead to faster product deployment, give the social enterprises a knowledge boost, and increase their brand value in the market.

A recent article in The Guardian spoke about the role of large businesses in assisting social enterprises become commercially successful. The areas that big corporations can help are in scaling up, delivering cost efficiencies, marketing expertize and strategic planning.

Social intrapreneurs are individuals who spread the message of social entrepreneurship within large organizations and tune them into having a more social and environmental mindset. Echoing Green described them as “someone who works inside major corporations or organizations to develop and promote practical solutions to social or environmental challenges where progress is currently stalled by market failures.”

India is not new to the world of social intrapreneurs. S. Sivakumar’s agri-business initiative to procure farm produce directly from soya farmers in Madhya Pradesh by eliminating middle men, lead to the formation of ITC’s e-Choupal, which at present, reaches out to more than 4 million farmers.

Vijay Sharma started Hindustan Unilever’s Project Shakti, which supports women village entrepreneurs, which touches the lives of 45,000 women in 15 Indian states, and impacts more than 3 million households every month. In 2009, Deepa Fasal at Intuit created Fasal: a free SMS-based service for farmers, which delivers agriculture-related information in a timely fashion.

Having a social intrapreneurship program could help corporates retain bright employees who are hitting the self-actualization phase in Maslow’s hierarchy of needs and are looking for altruistic endeavors. Breeding a more sustainable corporation could also bode well for the future of the corporation as well.

One of the biggest problems that social enterprises face is the lack of senior level talent. Teach for India (TFI) first demonstrated how leveraging fresh graduates and professionals could assist in solving the problem of a lack of quality teachers in Indian schools that serve low-income communities. TFI offers them a two-year fellowship and trains them to teach in these schools. Private enterprises wanting to make a social and environmental impact, but are unable to do it directly, could let their employees take paid sabbaticals in social enterprises of their choice.

Social enterprises could do with a variety of professionals in roles such as sales and marketing, fundraising, finance, legal, PR, supply chain management, and advertising.

It could be a two-way learning process, with returning professionals, passing on some of the knowledge acquired from their social enterprise experience into their places of work. 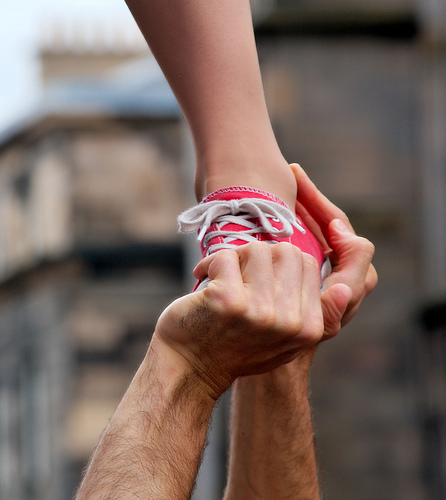 While the Indian social enterprise ecosystem is fairly new, for an industry that is close a decade old, it hasn’t witnessed a lot of action in the mergers and acquisitions (M&As) space. Exits in the form of IPOs have been largely absent, too.

Imagine Eureka Forbes buying out Sarvajal or Indus Tree sold to Bombay Dyeing. This has happened globally. Ice-cream company Ben & Jerry’s was snapped up by Unilever in 2000 and French company L’Oréal bought the Body Shop in 2006. While contemplating M&As by Indian corporates, social enterprises must be cognizant of the fact they could be accused of ‘mission drift’ and selling out if after being acquired their original vision is compromised.

While investors like Aavishkaar, Acumen, Omidyar Network and Lok Capital invest for impact and deploy patient capital, they all have to pay their limited partners (LPs) back, and will look to exit at some time. Acquisitions of social enterprises by large corporations will encourage social impact investors, as well as working professionals, who might be egged on to abandon cushy corporate jobs and start their own companies.

I mentioned ITC’s e-choupal, Intuit’s Fasal and Hindustan Unilever’s Project Shakti. While there has been commendable headway in terms of support from the parent organization, the question that begs to be asked is: Would they have grown faster and achieved far greater scale if they had been spun-out as separate companies?

Other initiatives that Indian businesses could embark upon include: transfering technologies to social enterprises and provide them access to their patents so that they can be commercialized. Britain’s GlaxoSmithKline Pharmaceuticals made more than 13,500 malaria compounds freely available, established new collaborations for sharing IP for treating neglected tropical diseases, and invested $8 million in an “open lab in Spain that is dedicated to the research and development of new medicines for diseases of the developing world.

Nelson Vinod Moses is the editor of SocialStory, a NextBillion Media Partner.