One of the key signs of a growing industry is the emergence of a trade organization representing its interests. In April, the Africa Mini-grid Developers Association (AMDA) officially launched, with chapters in Kenya and Tanzania. It plans to grow to Nigeria, Ethiopia and Uganda later this year.

AMDA’s members include around a dozen companies providing 11,000 connections, and the group has aspirations to spread chapters throughout Africa. Quoting estimates from the International Energy Agency forecasting at least 140 million Africans will be served by mini-grids by 2030, AMDA is aiming to establish chapters in 10 countries by the end of 2018. It aspires to represent 90 percent of the mini-grid sector in Africa by the end of 2021.

Mini-grid operators utilizing renewable energy sources capable of providing at least 20 hours of reliable power are potential members of the new organization. Mini-grids have several advantages over large incumbent utility plants. They’re relatively easy to build and are designed to connect rural and often poor/under-served communities. They’re also a harbinger of commercial development, helping to electrify businesses, hospitals and clinics, and schools in addition to homes. But while mini-grid technology can inspire hope for communities without reliable energy providers, fledgling companies have difficulty securing funders. They also struggle to find local talent, and are often up against entrenched utilities, some of which see the nimble operators as a threat.

I wanted to learn more about AMDA and where it sees its role in turning mini-grids from a feel-good alternative to a true power player across the continent, so I contacted Jessica Stephens, AMDA’s global coordinator. She previously served as a policy and strategic advisor for E.ON Off Grid Solutions in Dar Es Salaam. Before that, she was general manager at Cambridge Clean Energy Ltd., also in Dar Es Salaam. Stephens is one of the founders of AMDA, which incidentally is supported by the Shell Foundation, the World Bank and the UK Department for International Development (DfID).

Our discussion took place over email.

Scott Anderson: What was the impetus for launching AMDA and what entities were involved in creating it? 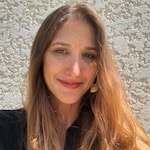 Jessica Stephens: AMDA was initially a loose collaboration of private utilities in Tanzania and Kenya looking to create conducive national policies for mini-grids. The decision to formalize an industry association came after working with governments and donors, and our realization that the private sector needed a unified voice in order to obtain the needed finance and policy support. For mini-grids to achieve their potential to provide electricity to almost half of the 1 billion people worldwide without access to power (source: IEA), there needs to be an industry platform. AMDA provides that platform and also gives us the ability to grow the association beyond East Africa.

SA: What is AMDA’s mission?

JS: AMDA’s mission is not only to significantly reduce the number of unelectrified people in Africa through access to renewable energy mini-grids, but also to lay the foundation for real socio-economic development in rural sub-Saharan Africa by enabling businesses, schools and clinics to improve livelihoods, create jobs and power industry.

SA: What constitutes a “mini-grid” and how many households can be served by a large one, or a small one, by mini-grid standards?

JS: Mini-grids are small utilities that operate as both power producers and distribution networks that deliver electricity to customers within a defined boundary. Mini-grids can operate as an isolated network or can interconnect with the larger grid. While technology-agnostic, mini-grid operators that are AMDA members generate power through renewable resources including solar, hydro and biomass. AMDA members are mainly focused on developing AC power grids, which supply at least 20 hours of reliable power per day.

It’s important to point out that while household electrification is a focus, mini-grids can be game changers by also powering manufacturing, micro-enterprise and agriculture. There is no set number of customers that can be connected to a mini-grid. Rather, the generation capacity of a mini-grid is determined by the consumption projections of a community, and the distribution network is built to connect all of the interested households and businesses within the catchment area.

Mini-grids that are operated by AMDA members range in size from 25 connections to more than 2,800 connections.

SA: What are the key obstacles to mini-grid growth in Africa?

JS: There are two main obstacles to mini-grid growth: 1.) the absence of integrated national-level electrification frameworks. In order for mini-grids to scale they need to be part of the national electrification plan as part of an integrated solution for addressing energy access for the 600 million unelectrified people in Africa. And 2.) access to finance. Electrifying the most difficult to reach, often poor, communities is expensive and requires diverse financial instruments, including subsidy, debt and equity. Right now, equity is the least difficult financing to obtain. However, in order to see the sector scale, we need cheaper access to capital and government and donor support to reach these consumers.

SA: I’ve read reports about some mini-grid entrepreneurs who say utilities treat them as competitors, even if those utilities aren’t actually servicing the area where mini-grids aim to do business. The implication is even if utilities do not provide service to a location, they really don’t want mini-grid operators in there doing so. Are you finding this is the case with your members, and if so how do you represent their interests with regard to utilities and regulators?

JS: This varies dramatically from country to country. In places where there is resistance to mini-grids, this is largely due to an inaccurate perception that mini-grids provide a less robust power solution compared to the main grid. In fact, new research from AMDA shows that mini-grids provide service up-time of more than 97 percent, and connect consumers for a fraction of the price of extending the national grid. A large part of AMDA’s advocacy efforts will be to show the robustness of the mini-grid solution for rural and off-grid consumers, and to integrate mini-grids into the national planning so that developers and national utilities are collaborating to provide the best, least-cost solution.

SA: It seems to me that supply is just as important as usage when you’re talking about building out the sector. Is AMDA going to be working with other organizations, such as the Global Off-Grid Lighting Association (GOGLA), or product manufacturers around issues such as usage and efficiency?

JS: AMDA is willing to collaborate with any institution that aligns with our goals of accelerating electricity access in Africa through an enhanced role for decentralized, renewable energy generation and distribution solutions. We’re currently partnering with GOGLA and will continue to collaborate with them on issues that affect both the solar home system (SHS) and mini-grid industries. We’re also working to address efficiencies as well as increases in power utilization, with organizations like CrossBoundary and Energy4Impact.

SA: Where do you see AMDA in five years or so, in terms of countries where it represents members and its overall impact?

JS: AMDA is on a trajectory to have chapters in as many as 10 countries by the end of 2018. The aim is for AMDA to represent 90 percent of the mini-grid sector in Africa by the end of 2021.

AMDA’s two largest near-term initiatives are to ensure that mini-grids are incorporated into national electrification strategies and planning, and to ensure access to both grant and debt financing in order to scale the sector. Within the next five years, we believe that mini-grids will be part of most national strategies for electrification in Africa, through AMDA’s advocacy efforts in conjunction with policymakers and donors. AMDA is currently working closely with a multitude of stakeholders on addressing financing challenges for the sector, and we believe that we will see substantive progress on access to finance within the next 12 months.