A New Business Model for Farmers in the Nutrient Economy

Editor’s note: This post was first published on Ashoka Changemakers, as part of the launch of its Nutrients for All campaign, and was republished with permission. NextBillion Health Care will also be participating in the “Nutrients in the Health Sector: Emphasizing Wellness” phase of the campaign, March 20-26. For more coverage, check out Ashoka’s partner page on NextBillion.

You could argue that a more comprehensive, albeit wonky, word for farmer is “nutrient steward.” Think about it. Farmers till soil, manage the flow of water, and do much more to grow the food and fiber products that our society needs to stay fed and clothed.

The current large-scale industrial agricultural approach relies on economies of scale and cheap fossil fuels to function. (“Industrial agriculture” emerged on a widespread basis after WWII, but its roots coincide with the Industrial Revolution in general.) The ultimate goal of this approach is to incentivize high yields from a small range of crops with slim profit margins. What this approach does is require farmers to focus on growing more, not necessarily more nutritious, food.

Unfortunately, focusing on more often comes at the expense of conservatively managing the inflow of nutrients and the resulting nutritional content of the food. “It’s helpful to think about the conditions necessary for the generation, preservation, and absorption of nutrients in the process of growing food,” says David Aylward, co-founder of the Nutrient Economy movement at Ashoka.

“For decades, society has been asking farmers to grow greater quantities of food, and they’ve responded by increasing yields. However, what society is realizing is that more food isn’t necessarily going to solve our hunger problems, and our food growing process is also creating unintended environmental consequences, such as exhausting the soil and polluting waterways.”

Essentially, by spending all their time focusing on growing more, farmers don’t necessarily have the bandwidth to think about the holistic management of nutrients on-site. Instead, they are focused pretty myopically on what the market is going to compensate them for in the near-term: higher yields.

When nutrients aren’t managed properly, they can get washed or blown off-site over very short periods of time. When this happens, it means that most of these nutrients aren’t being absorbed into our food.

Additionally, soil doesn’t have a chance to regenerate, so farmers are forced to continue applying fertilizers (mostly with only a few nutrients, like nitrogen and phosphorous) to overcompensate for the loss. Again, most of the nutrients from the fertilizers are not absorbed by the crop, and flow off site. It’s a vicious cycle. 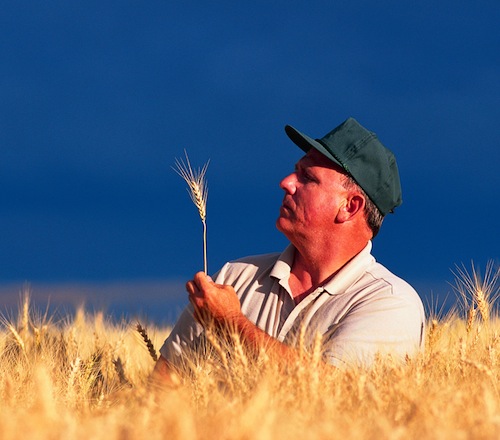 These poor nutrient management techniques have already had severe environmental and social consequences globally, including the great U.S. dust bowl of the 1930s, and, more recently, massive plumes of nutrient runoff in areas like the Chesapeake Bay and the Gulf of Mexico, which are creating huge marine dead zones. On the public health side, a slew of epidemics, including obesity and Type II diabetes, are also on the rise.

So, what are the opportunities for nutrient stewards to maintain nutrient cycles, keep their land in balance, and produce more nutritionally rich food?

Farmers need clear signals from the market that will incentivize them to pay closer attention to maintaining the resilience of all the nutrient cycles that go into making the end product. “We need a new business model for the nutrient farmer, one that pays them for the range of ecosystem benefits, including carbon sequestration, that their lands provide,” Aylward says.

But it’s not just about consumers demanding more nutritious food products. Resilient nutrient stewardship, including carbon sequestration and water flow management, have broader benefits to society. Already, there are some government programs that compensate farmers for adopting these practices.

For example, the U.S. Department of Agriculture offers a number of programs that compensate farmers for a variety of land stewardship activities. These include the Conservation Reserve Program, a voluntary program that compensates farmers for periods of 10 to 15 years and up to 50 percent of the cost of establishing approved conservation practices.

However, these programs have limited funding, and more private sector capital is needed to really change the system in a dramatic way. The good news is that more market-based approaches are beginning to gain traction all over the globe, which could potentially increase the amount of capital flowing into the conservation and restoration of ecosystems that will result in more effective nutrient retention. These are often collectively referred to as “ecosystem service markets.”

Buyers in these markets include corporations, governments, non-profit organizations, and individuals that have various voluntary and regulatory reasons for needing to invest in conserving or restoring nutrient flows, like meeting greenhouse gas emissions reduction goals,. All over the globe, various stakeholders are experimenting with these ecosystem market-based approaches, including payments for watershed services, carbon offsets, and nutrient trading.

One of these approaches involves stakeholders in the Chesapeake Bay area that are working to establish a bay-wide nutrient trading market for the Chesapeake Bay watershed, allowing credits to be exchanged across state lines and among the watershed’s nine major river basins. Beyond the Chesapeake Bay, hundreds of landowners globally are already receiving payments for voluntary carbon offsets associated with sequestering carbon on their properties.

The Ecosystem Marketplace is a great resource for keeping up-to-speed on the development of these market-based incentives. A subsequent blog post will highlight several farmers that are capitalizing on these new revenue streams and participating in a more holistic business model that financially compensates them for the nutrient services they provide to society.