While investing patient capital into for-profit firms has been Acumen’s MO for nearly two decades now, the organization itself has remained non-profit. But in April, Acumen announced something it hasn’t done before: create a for-profit investment fund. Called KawiSafi Ventures, the fund has lined up $70 million to boost scalable clean energy firms, and therefore clean energy access, in East Africa.

Launched in 2017 with initial investors, KawiSafi Ventures recently closed the fund with backing from notable investors including Green Climate Fund along with Steve Jurvetson, Chris Anderson and the Skoll Foundation. The fund builds off an extensive portfolio from Acumen in clean energy and aims to invest in “high-growth companies with proven business models.” To that point, one of KawiSafi’s investments is d.light, which Acumen has championed for several years through investments and placed at the center of much of its energy marketing materials. D.light has sold 20 million solar light and power products in 62 countries and recently closed $41 million in Series E financing.

To better understand how this fund is structured and how managers hope to make an impact in East Africa, I spoke with its Managing Director Amar Inamdar. He previously managed a global investment fund at the International Finance Corporation. He later joined the new business team at Royal Dutch Shell, where he focused on domestic African energy markets. You may also be familiar with his 2017 TED Talk on the promise of off-grid energy.

Scott Anderson: Acumen is one of best-known players in non-profit impact investing. Can you explain the reasoning at Acumen for creating a for-profit investment fund? 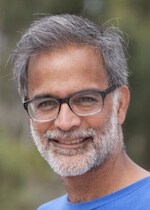 Amar Inamdar: Acumen has invested more than $115 million in companies solving some of the biggest challenges of global poverty. After a decade of investing more than $20 million of patient capital across the off-grid energy ecosystem, Acumen recognized the powerful potential of decentralized renewable energy solutions, both in terms of investment and impact.

The idea for a patient yet commercial fund that could help companies to grow and have an impact at scale was born from Acumen’s experience. Differentiated pools of capital are needed that reflect the changing needs of companies as they evolve. KawiSafi’s for-profit mandate with a strong focus on impact is designed to build on and complement the early-stage capital that Acumen has thus far deployed.

A group of influential philanthropists and investors — including Skoll Foundation, Steve Jurvetson and Chris Anderson — contributed significant thought leadership and financial support to develop this fund and make KawiSafi Ventures a reality. The Green Climate Fund joined as an engaged anchor partner, enabling the fund to make its first investments. This strong base attracted new investors – including Axa Investment Managers – to build a fund with almost $70 million under management.

KawiSafi Ventures is designed to invest catalytic capital to scale companies providing clean, affordable and efficient energy to East Africa’s low-income populations that for too long have lived without access to electricity.

SA: Why did KawiSafi Ventures attract attention from the group of investors that are supporting it?

AI: KawiSafi’s investors are a diverse lot: The capital pool is represented by high net-worth individuals, development finance and leading institutional investors. In some ways, KawiSafi in a nutshell is a great reflection of the impact investing ecosystem as a whole.

What brings together this diverse group is that they all want their capital to be put to work for good. They have a shared interest in the idea that commercial sustainability goes hand in hand with impact and scale. And they are curious and serious about seeing results.

SA: I’ve been hearing this a lot lately: What do you think about the notion that there is too much capital flooding the renewables market in emerging markets, particularly in sub-Saharan Africa?

AI: I don’t agree. I think the opposite. SE4All estimates that over $50 billion of capital is needed to achieve universal energy access, and most of the energy poverty is in SSA. Let’s contrast some numbers: Off-grid energy attracted roughly $300 million of equity globally in 2018. To put that into context, the proposed controversial Lamu Coal Power Station in Kenya is estimated to cost $2 billion. That’s a single power station. When looked at from a venture investing lens, The Economist estimates some $34 billion is invested in venture startups every year in Silicon Valley alone. My point is that the $300 million in off-grid starts to look like a drop in the ocean against these numbers.

Having said that, of the capital that is flowing into SSA and renewable power, the majority flows to a very small number of companies. The rest are cash-starved. There is an argument that there is not enough affordable capital in the system to promote and catalyse an innovative business ecosystem.

SA: When you and I talked prior to this interview we discussed some of the friction between how equity and debt investors are working in the market. I suppose that’s a factor in many different industries, but you indicated it’s particularly the case in the energy sector. What dynamics are in play here?

AI: The market needs debt and equity to work well together. As equity investors we rely on stable, well-priced debt for our portfolio companies, and we think companies like Lendable and Sunfunder are essential partners for the market to work. One thing we’re hearing concerns about is the differential between returns to debt and equity in the market today. I’m conscious that this can all change in the blink of an eye, but it’s worth noticing that while today some equity providers are concerned about the lack of returns, absence of liquidity and limited exits, debt providers have been achieving fairly healthy returns for their investors in these same markets for years. It would be useful to bring the spotlight of greater transparency to these markets so that there is better data in the debate. The idea would be to help price risk better and ensure that fast-growing companies have access to the right kind of capital.

SA: One of the early KawiSafi Ventures is d.Light. It’s a well-known enterprise and brand. How do you balance the need to invest in firms working to achieve significant scale (e.g. d.light) versus the smaller but promising firms needing that early capital to prove their concept?

AI: D.light is a bigger company that is starting to show profitability. It needs to be able to attract larger investment tickets – and the corollary to that is that it also needs to offer the opportunity for better returns to investors. Our sweet spot is working with companies to get up to the scale where d.light is at; and taking them on their scaling journey. That’s our thesis for achieving universal energy access and a low-carbon economy. Earlier stage companies are much more risky and it’s often not reasonable to expect them to make the kinds of returns that more mature capital providers need to see. This is the reason why Acumen created the Pioneer Energy Initiative – exactly to support the capital needs of earlier stage companies that are promising and need to prove their concept.

SA: What are the key areas of the energy ecosystem that need to develop to truly make a dent in the SDG energy access goals, and what will it take to do it?

SA: Can you talk about your previous work at Shell and IFC, and how it is influencing your approach at KawiSafi Ventures?

AI: All of my career has been in frontier and emerging markets – working at the nexus of poverty, sustainability and business. I’ve been fortunate to work with some amazing people all over the world on incredibly challenging, complex and impactful projects – in Latin America on bio-fuels, Indonesia with smallholder farmers, and India, Nepal and Mozambique on energy. Throughout this journey I’ve been deeply struck by the role business and investment can play to improve people’s lives and livelihoods – how people everywhere have this drive to self-organise and create better outcomes for themselves and their communities through enterprise – at whatever scale. At the same time, there’s a recognition of how hard it is. It doesn’t just happen. It takes guts, hard work and luck. It’s scrappy and often deeply unrewarding. The role I have now is fundamentally shaped by those experiences: the recognition that business has a crucial role to play in tackling some of our toughest challenges; that customers deserve affordable and value-creating products; and the reality that the people starting and building those businesses need all the help we can give them.

Scott Anderson is a contributing editor at NextBillion and manages communications at the William Davidson Institute.