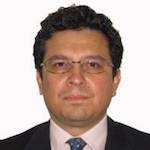 Akbar Khan is CEO of IntelleGrow and is leading its new phase of growth as the company rapidly scales up its operation in venture debt for social enterprises. Prior to joining IntelleGrow, Khan worked at General Electric as a member of the South Asia leadership team. He was responsible for driving key strategic initiatives and business development activities across GE’s business, which included clean energy, off-grid power generation and health care. Transactions also included strategic and financing partnerships with government and the private sector that were established to deliver access to power and quality healthcare to tier III cities and rural areas. Khan has spent most of his career in the financial services sector. He started his career with Bank of America Merrill Lynch in London and worked extensively on financing and merger and acquisition transactions in Europe, Africa and the Middle East. He also held various leadership positions in Investment Banking in India and the EMEA. Khan relocated to India with BAML in 2008 to head the financial sponsors coverage team. He also led the financial institutions group where he was involved in several capital raising transactions. IntelleGrow, part of the Intellecap – Aavishkaar Group, serves the “missing middle” enterprises working in sectors that make a positive environmental, social and governance Impact. Unlike traditional collateral-based lenders, IntelleGrow uses a venture debt approach, lending primarily on the basis of business viability and cash flows. Since it started operations in 2012, IntelleGrow has disbursed over $100 million to about 160 enterprises that lack sufficient track records and collateral to secure sufficient debt from conventional formal sector lenders.