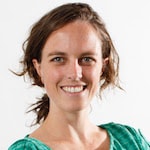 Having always had a passion for low-carbon energy, Alexie Seller graduated from Mechanical Engineering where she focussed on renewable, particularly tidal energy. Following this she worked as a project engineer at Australia’s Nuclear Science and Technology Organisation, exploring nuclear technology and design as a young graduate, and at Australian company AGL as a retail business analyst resolving issues in the consumer energy market.

Throughout her studies and professional life, Alexie has held multiple local and international community leadership roles, culminating in a position as Energy Hub Coordinator for Engineers Without Borders in 2012, which sparked her passion for improving energy access in the developing world.

Today Alexie leads the team at Pollinate Energy, a social enterprise employing local people to bring life-improving products, such as solar lights, clean cookstoves and water filters, to their peers in underserved communities across India. In 2018 Pollinate Energy merged with Empower Generation, an organization with a similar mission, operating in Nepal.