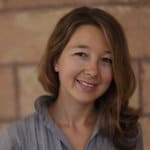 Catherine Highet is a technical advisor with FHI 360’s mSTAR project, working to expand awareness and create solutions around digital identity for the world’s poor. For more than seven years, Highet has worked in information communications technology for development initiatives for the public and private sector including GSMA, Souktel, IREX, Mozilla and the U.S. Department of State.