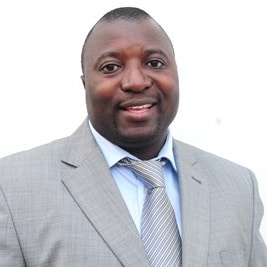 Dr. Emmy Wasirwa is the chief Innovations Officer at WANA Energy Solutions. He holds a Masters Degree in Health Promotions from the University of London in the United Kingdom, and was a Nuffic Fellow at the Royal Tropical Institute in Amsterdam in 2000. He brings a multicultural touch to his role because of his experience working throughout the world.

Emmy spent 2 years working in the Netherlands as a research fellow at Technical University of Eindhoven, and he spent a year at Cleveland Ohio Biomedical Research Center in the United States before heading back to the United Kingdom’s Royal London Hospital, part of Queen Mary University of London, in the Orthopaedic department. Emmy worked with the UN Foundation on issues of clean cooking fuels and was chairman of Uganda Liquified Petroleum Gas association for 6 years, where he led research and policy advocacy in the industry and also acted as the interface between government and industry payers.

Emmy’s research background is in the field of traditional fuels and its effects on women, children and the environment.