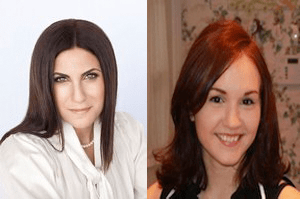 Gayle Tzemach Lemmon is the New York Times best-selling author of The Dressmaker of Khair Khana and the deputy director of the Council on Foreign Relations’ Women and Foreign Policy Program. Prior to joining the Council, Ms. Lemmon covered public policy and emerging markets for the global investment firm PIMCO, after working for nearly a decade as a journalist with the ABC News Political Unit and “This Week with George Stephanopoulos.” Gaylehas reported on entrepreneurs in conflict and post-conflict regions for the Financial Times,New York Times,International Herald Tribune, the Daily Beast, andChristian Science Monitor, along with Ms. Magazine, Bloomberg, Politico and the HuffingtonPost. Gayle has appeared on NBC News, National Public Radio and PBS, and on cable outlets including MSNBC and FOX. She has published papers on women and business for the World Bank, the International Finance Corporation, Harvard Business School, and the Center for International Private Enterprise. Gayle earned a BA in journalism from the University of Missouri School of Journalism and an MBA from Harvard Business School, where she received the 2006 Dean’s Award for her work on women’s entrepreneurship. She speaks Spanish, German, and French and is conversant in Dari. A former Fulbright scholar and Robert Bosch Foundation fellow, she serves on the board of the International Center for Research on Women. Follow her on Twitter @gaylelemmon.

Ashley E. Hardenis a Research Associate with the Women and Foreign Policy Program at the Council on Foreign Relations. Before her time at CFR, she studied international relations and Middle Eastern studies at Emory University, graduating Phi Beta Kappa with high honors in 2009. She also earned her MSc in gender, development and globalization from the London School of Economics in 2010. Ashley’s research interests include international development, social and economic inequality and opportunity, and gender-based violence.Follow her on Twitter@aeharden