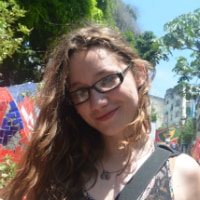 Marzena Zukowska is an avid connector of people and ideas. She currently works as a Lead Media Manager and Strategist at Ashoka Changemakers, bringing in her interest for all things digital and tech. She is a freelance writer, and has a passion for photography. Marzena worked as the digital media strategist for girltank, making use of her aspiring amateur videography skills to film video interviews of women social innovators. Her background as an undocumented polish immigrant has resulted in a deep passion for social justice and a belief in movement/mobility as a human rights. She is a reader of all things physics and engineering.