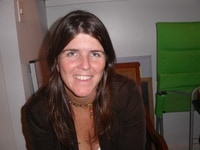 Paula leads the Social Business Initiative in Ashoka, a platform that supports Ashoka Fellows with market-based approaches to scale up their social impact. Since she joined Ashoka in 2001, Paula has played different critical roles: she was Latin America Integrator and Ashoka Southern Cone Director.She is a co-founder of Njambre, a social enterprise accelerator.

She built the Ashoka Support Network in Argentina, a group of high net worth individuals that committed with funds and expertise to support Ashoka Fellows. She launched Citizen Base Initiative in Southern Cone and played a regional role for this program in South America. Before joining Ashoka, she worked for several years in Argentina’s Social Investment Fund, which channels resources to community-based, demand-driven projects, in extremely poor selected districts in Argentina.

Paulaholds a licentiate degree in Politics and Post-Graduate Studies in NGOs and Social Development.