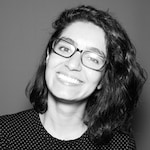 Sasha Kapadia joined Mastercard in 2013 and has been working with humanitarian and development agencies to mobilize Mastercard solutions and expertise for good. Notably, she leads the Smart Communities Coalition, a public-private effort to transform the delivery of essential services in refugee camps and settlements. Other achievements include: the launch of the Mastercard Aid Network, an award-winning digital voucher platform designed to work offline and used in countries as diverse as Yemen, Nigeria, and Nepal; a successful pilot of a technology disbursing funds directly into the mobile wallets of a drought-affected population in Indonesia; and working closely with Mastercard senior executives on high profile events such as the World Economic Forum and World Humanitarian Summit. Prior to Mastercard, she held positions at the U.S. Department of State in the Office of Afghanistan Affairs and the German Marshall Fund of the United States. She is a graduate of the Fletcher School, where she focused on fragile and failed state development, and New York University.