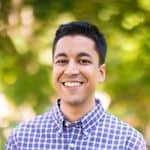 Sidharth Garg is the founder & CEO of Teller. He started Teller in New York City while finishing up his MBA at Columbia Business School, where he focused on finance, technology, and social entrepreneurship. Before business school, he worked at Facebook, where he helped launch payment products like P2P Payments and Facebook Gifts. Garg holds a B.S. in Industrial Engineering from Northwestern University.