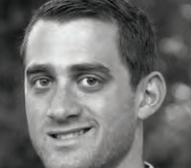 Steve Davidson is a graduate student at the University of Michigan’s Erb Institute for Global Sustainable Enterprise, where he is simultaneously earning an MBA at the Ross School of Business and an MS at the School of Natural Resources and Environment. Prior to joining the Erb Institute, he built and managed innovative consumer-facing technology at Goldman Sachs and the nonprofit Times Square Alliance. Through leadership roles on Michigan’s Social Venture Fund, he has evaluated and closed investments in innovative socially and environmentally responsible startups. He will join McKinsey & Company in New York City after graduation.