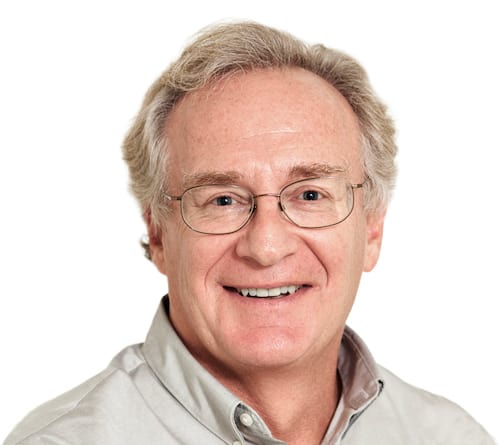 Steve Hollingworth is president and CEO of Grameen Foundation.

Prior to joining Grameen Foundation, Steve was President of Freedom from Hunger. Beginning in 2011, he focused that organization on the intersection of financial services and ending hunger through the empowerment of women in rural communities. Previously, he served as Chief Operating Officer for CARE, where he was instrumental in developing and implementing the organization-wide strategy and was responsible for direct-line management of global operations and programs with a total of 13,000 employees and a budget of $650 million. He has also held senior field positions in Asia (India, Sri Lanka and Bangladesh), Africa (Lesotho) and Latin America (Bolivia), building collaboration between practitioners, technical assistance providers, donors and government agencies.

Steve’s roots in financial services for the very poor go back to early days with CARE-Bangladesh, the largest CARE mission in the world.  Based on his leadership in the financial services sector, he also served for many years as a member of the Microfinance CEO Working Group. His areas of expertise include microenterprise and microfinance, education, agriculture, health and civil society strengthening.

Steve has an M.S. in Economics, Development Studies, from Victoria University of Manchester, in Manchester, England.  He enrolled there as a Rotarian Fellow, and his thesis analyzed the field of microcredit and the role of Grameen Bank.  In that sense, Steve’s position as President and CEO of Grameen Foundation brings him full circle.  Steve has a B.A. in Economics from Augustana College in Rock Island, Illinois, not far from his home town of Elgin, Illinois.