If you talked publicly about mobile money as often as I do, you’d probably have some sympathy for me. I like talking about how to build it, how people use it, what additional functionality can be built on it, and how it might give people more opportunities to improve their lives. I could be wrong about many of the hopes I raise and ideas I express. But I often find myself side-tracked into slaying ill-articulated fears which, while valid at some level, feel like conversation downers to me. Here are five concerns I wish people didn’t lock into quite so quickly.

Doesn’t mobile money make money laundering easier? I wish that wasn’t the very first question I usually get asked when I talk about how mobile money can help poor people make small payments and save small amounts. Yes, money laundering aspects need to be addressed, but surely we can limit the risk of misuse of mobile money by capping transaction sizes and monitoring when too many small transactions are channeled into one big account. The bigger criminal will always be the guy with the bigger account – or the guy who is opting out of electronic money altogether and keeping it all in cash. Making transactions electronically traceable and making cash suspect should be a help in fighting illicit activities.

How can they possibly understand how it works? The premises are reasonable enough: Many poor people are illiterate, have never dealt with money in other than touchable form, and have seldom used a mobile phone for anything other than making the odd call – and now you want them to type numbers into a phone to transfer money electronically into a virtual account? All I can say is: people do learn, if only you market to them a service that they want to learn about. The real marketing challenge at the base of the pyramid is not so much telling them how to use it but why they should use it. If you have their attention (and for me the litmus test is: does this address one of the ’top 10’ practical problems of being poor?), they’ll make sure to find out they can use it. They’ll pick up the details – not necessarily from the provider but perhaps from a savvy nephew, a friend who came over from the big town, or the corner shop that wants to be your cash merchant. It’s worked for mobile phones in general: think of how complicated it is even for you to choose a phone and a tariff plan, and how badly they explain it to you at the mobile phone shop. But you still want one! And it’s worked for M-PESA in Kenya, with its ’send money home’ marketing mantra.

Aren’t you exposing people to potential abuse? I’ve come to realize that many people find universal financial access scary, though they would never admit it, least of all to themselves. I often hear about how poor people (and here the word ’poor’ subtly shifts from representing lack of means to connoting ignorance and defenselessness) won’t be able to keep their PIN secret and will be forced or smooth-talked by fraudsters – and husbands- into giving them all the money in their account. I think there are two fallacies going on here. The first fallacy lies in the fact that mobile money won’t grow big until people have learned to trust the system. People won’t shift their lifetime savings from under the mattress to the mobile wallet on day one. Instead, they will learn experientially how to make it safely work for them, including the need to keep the PIN secret. The second fallacy is to look at the risks of mobile money in absolute terms rather than in relation to the alternatives (such as hiding cash under the mattress, which is not very safe).

Why not make it more secure with biometrics? Oh, the seductive appeal of fingerprints: the certainty of knowing who people are, no more issues remembering PINs. Resist it! Let’s just be practical: the financial inclusion goal calls for stripping out costs and using infrastructure that already exists. Going biometric means deploying an entirely new infrastructure – you can no longer rely on people’s mobile phones or the bank’s existing ATMs, because those don’t take fingerprints. And biometrics may not be everything live up to the hype. It identifies the person with full certainty only if (i) you recorded the right name against a fingerprint in the first place (and how can you be sure about that, unless there is a biometric national ID system?), and (ii) you apply a rigorous matching standard when you read people’s fingerprints (but that will create lots of problems for the provider with all those false rejects, and nobody discloses the degree of match they are willing to accept anyway). Biometrics may just be giving the illusion of security. But for me the bottom line is: if PIN-based authentication is good enough for you and for me with our bulging bank accounts, surely it’s good enough for poor people. 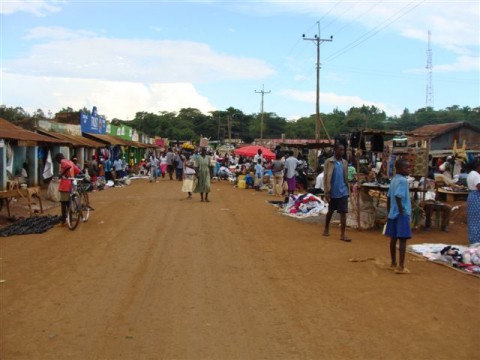 It has to be a bank! What’s in a name? I often get asked how one can trust mobile operators to safe-keep people’s money. A facile answer is, of course, that you do when you buy their prepaid airtime from them. But in any case, the money collected from the public under all mobile money schemes is (let me say: ought to be) safely put away in a bank account. I find it strange how many people who have heard about mobile money enough to have opinions about it still think that Safaricom uses people’s M-PESA money to build itself some more base stations. Since the money is always with a bank, the prudential regulation and supervision of banks automatically covers the prudential risks of mobile money. Yes, I’d like banks to be more involved so that they can offer a broader range of financial services to customers, but if banks don’t step up to the plate I’m more than happy to let mobile operators give a minimum set of payment and store-of-value services to their customers.

These issues are important and need to be aired and addressed fully. I just wish we gave ourselves a little bit more time upfront to get excited before coming in with all the but’s. We have to keep the conversation focused on how to create opportunities to include the 70 – seventy! – percent of the population in developing countries that are not being served by the formal financial system.