It all started with asking. Interviewing 50 farmers in Tanzania, all women and with plots of land ranging from large to small, a faculty team from Penn State University started gathering information about how they limited their business to trusted networks of family and close friends. Trust often matters more than price, they found. The asking continued.

Over the next three years, Penn State faculty combined with four teams of students from 12 majors across four different colleges to conduct on-the-ground market research and product development for a way to digitize trust and social capital, to give it a more tangible and verifiable form that anyone could use to facilitate new business with people outside their current business networks. 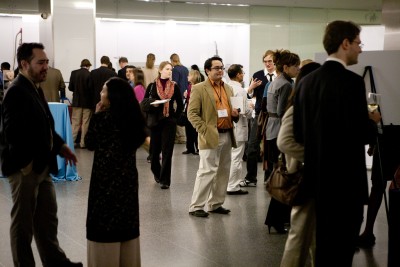 The product they’ve been working on is called WishVast. It works like Yelp, but for individuals, allowing people through SMS or internet to advertise and rate each other for trustworthiness each time they complete a business transaction. In testing phases, WishVast ratings have been used to facilitate ad hoc labor hiring, to match farmers with the highest bidders for their goods, and have even served as credit ratings for informal lending. (Watch videos for all three scenarios at WishVast.com)

Last weekend, WishVast was on exhibition at the National Collegiate Inventors and Innovators Alliance (NCIIA) Open Minds showcase. NCIIA is a nonprofit based in western Massachusetts, established in 1995 with support from the Lemelson Foundation to advance experiential learning for technology innovation and entrepreneurship on university campuses and classrooms. Open Minds is part of NCIIA’s annual conference.

Formerly known as “March Madness for the Mind,” Open Minds is an opportunity for graduate and undergraduate student teams to gain public exposure for their products and inventions, many for the first time. WishVast was one of fifteen teams on exhibition, all NCIIA-funded or -mentored. (Check out videos for all the teams at Inventors Digest online)

“Didn’t I tell you we don’t really do anything?” NCIIA’s Jennifer Keller Jackson quipped to me as the showcase concluded. As NCIIA grants manager, Keller Jackson is intimately familiar with many of the Open Minds products and teams. She found time to chat with me earlier in the day. 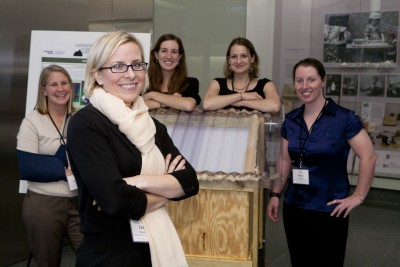 “Not everything we do is base of the pyramid focused,” Keller Jackson said. “But we have had an increasing emphasis and interest in working globally.” That increase was immediately apparent in the Open Minds showcase. Twelve of fifteen teams featured products targeting markets in developing countries, including WishVast.

“There’s no shortage of good ideas; there’s no shortage of technical solutions,” Keller Jackson continued. “But how do you create an economically sustainable business model so your solar lantern, your water filter, your improved building materials, or your medical device can get out so people can afford it, want it, and will pay for it?”

An engaging conference presentation the afternoon before the showcase featured examples of how business models can leverage indigenous knowledge to answer the challenge of building economically sustainable businesses. Presenting were three PSU faculty members, including Khanjan Mehta, who is part of the student-faculty team behind WishVast. 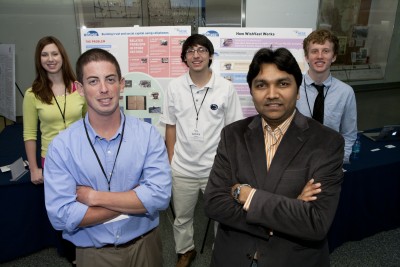 (Members of the WishVast team. Image courtesy of NCIIA).

WishVast and other Open Minds teams were in early stages of market research and product development, during which NCIIA support is crucial for mobilizing university resources. Peer networks are crucial, especially as involvement in innovation and entrepreneurship activities have exploded across disciplines and campuses. Fifteen years ago, entrepreneurship was still thought of as mostly a business school issue.

“Now we have programs in engineering, in law schools, in design schools, in schools of communication,” Keller Jackson explained. “Another change has been the lack of borders. It’s not just what are the U.S. innovations or which U.S. innovations can help solve global problems but what are the innovations going on outside the U.S.” Peer support and networks formed at NCIIA workshops and conferences help students and faculty with diverse backgrounds focus particularly on the commercialization challenge.

“The WishVast team attended an NCIIA Advanced I2V (Invention to Venture) workshop in November 2009, where they developed the initial business strategies and learned about the various challenges and strategies to take WishVast to market,” Mehta added. “The Open Minds forum provided WishVast an excellent medium to get validation, support and feedback from some of the smartest people.”

NCIIA’s work targets many ideas that might otherwise fall prey to what Keller Jackson called, “The valley of death,” that time between graduation or semesters ending and finally generating business revenue, after which NCIIA support can help attract later stage investors.

“What’s also important for our grantees is the validation and credibility when a national organization says ’we pick you,’ through a peer review process,” Keller Jackson went on. “It’s due diligence. It’s an investment in what we think is a really innovative idea and the right team to bring it to market.”

In NCIIA’s fifteen years, NCIIA-supported projects have resulted in about 100 patent applications and over 100 businesses that have attracted later investment and lasted three years or more. “In the base of pyramid space,” Keller Jackson told me. “It’s early yet, because we just started doing our Sustainable Vision programs that focus on poverty alleviation five years ago.

“I’m optimistic, because of the great students and faculty we work with, and the beginnings of real results we’re starting to see in the base-of-pyramid space,” Keller Jackson concluded. Optimism with a solid dose of commercial realism were on full display at the Open Minds showcase, where NCIIA’s fingerprints were all over constantly-tweaking business plans and market analysis, particularly on WishVast and other teams that leveraged indigenous knowledge at the base of the pyramid.

In the writer’s opinion, NCIIA certainly does a lot.