India CSR Bill Creates Ripples in the Social Sector: Big companies would have to spend 2% of profits on CSR, but could the sector absorb it?

Editor’s Note: This article originally appeared on the Acumen Fund blog and has been reposted with permission.

I recently attended the World Corporate Social Responsibility (CSR) Summit in Mumbai which brought together nearly 30 heads of CSR departments and as many NGOs. The primary areas of discussion were the implications of the new “2 percent” CSR policy included in the new Companies Bill in India.

The Indian parliament is currently in the process of passing this bill, which will make it compulsory for companies of a certain size to dedicate 2 percent of their profits toward CSR activities. Specifically, the bill states:

If the bill passes, India will be the first country in the world to mandate this kind of expenditure across the board. (Some countries, like Malaysia, have mandated spending towards CSR for certain industries such as mining.)

While most individuals at the Summit took it for granted that the bill will pass soon and with no changes in the 2 percent number, the provisions of the bill were hotly debated. Many agreed that it was imperative to ensure Board level commitment to permit organization-wide buy in, but wondered why there was a loophole with the clause which allows for easy deferring of expenditure (see point 5).

The big question on the minds of the corporate representatives was that this means approximately $5 billion worth of funds that will annually have to be absorbed by the sector: Are non-profits really capable of deploying this much capital in the right way? In spite of the 3 million NGOs that exist in India, there is a popular perception that many are inefficient and disorganized. This new capital will call for quick scaling of systems and processes by the sector. While not in print, the subtext seems to suggest that the government wants Indian corporations to not just fund, but also prepare social enterprises for scale and sustainability.

The other interesting addition was the inclusion of ‘social business ventures’ as potential recipients of CSR spending. This acknowledgement by the government of entities which marry social and business principals is thankfully attuned to recent trends.

India is seeing many social enterprises emerge, looking to tackle some of the issues that were traditionally concerns of the non-profit sector. This could be an opportunity for the private sector to provide the seed-stage grant capital that these enterprises need at their very early stages. To use the language of our Blueprint to Scale report, this funding could help spur social enterprises in the “Blueprint stage” of innovating and proving their business model. For example, Shell Foundation provided early-stage grants to Husk Power Systems which allowed the enterprise to fund R&D and prototyping of the rice-husk-powered generators. 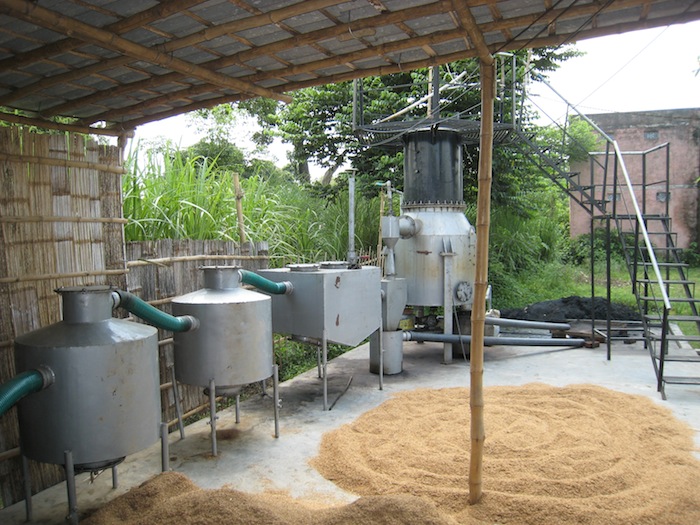 In fact, the finance minister reaffirmed this idea in his 2013-14 budget speech by stating that, “now funds provided to technology incubators located within academic institutions and approved by the Ministry of Science and Technology or Ministry of Medium and Small Enterprises will qualify as CSR expenditure.” This is great news for budding social enterprises that are still in the “Blueprint stage” of their business.

While the final bill and its provision are yet to be passed, the outlook of the social sector, which needs more early-stage funding to succeed, is positive. Thanks to this groundbreaking new bill, organizations with social missions could soon see a lot more much-needed capital heading their way.