Lauren Thomas is working hard to get more Mozambicans on two wheels. Thomas, a former investment banker who traded New York for Maputo, is the co-founder of Mozambikes, a fledgling business that aims to provide high-quality bicycles at affordable prices through an innovative business model. Thomas, 29, was named a finalist for the Cartier Women’s Initiative Awards, an international business plan competition that aims to identify, support and encourage projects by women entrepreneurs. She recently discussed the origin of Mozambikes and her vision for the company with NextBillion.

NextBillion.net: What is your background?

Thomas: I grew up in Baltimore, Maryland, but spent my professional life in New York City. I have a traditional investment banking background from Banc of America Securities and joined a small team in 2005 to build an alternative assets portfolio for Deerfield Capital Management. I now live in Maputo, Mozambique, where I leverage this experience to provide financial consulting to partly fund the development of Mozambikes. I am an avid runner and am hoping to run my third marathon next year. I also love swimming and (of course) cycling – though I embarrassingly fell in love with cycling indoors at the gym. I have taken the hobby outside, though, and I specifically rent bicycles to help me explore new places, including Singapore, Cambodia, Vietnam, Holland, Spain and Portugal.

NextBillion.net: How did you end up in Mozambique? 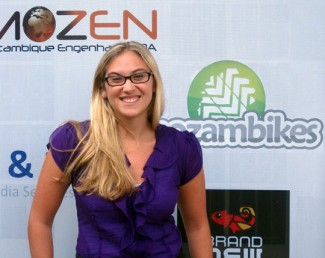 Thomas: I enjoyed the pace of the banking industry and my work in New York, but I felt that something was missing. I began to contemplate what I was really passionate about, and realized that I wanted to learn new languages, experience different cultures and see the world. I decided to go to IESE Business School in Barcelona to begin a period of my life abroad and transition to emerging markets investment. I filled my schedule at IESE with the traditionally unusual combination of courses in investment and responsible business, and chaired both the Private Equity Club and the Doing Good and Doing Well social business conference. During the summer before school began, I went to Mozambique to volunteer with TechnoServe.

NextBillion.net: What did you do for TechnoServe, and what did you learn from the experience?

Thomas: TechnoServe/Mozambique truly understands that the lack of access to capital is one of the key impediments to development, and they launched a Capital Raising Group. They engaged me to write an investor memorandum and build the financial valuations for a commercial-scale banana farm, as well as a variety of other horticulture startups. I was amazed that the work was quite similar to what I had been doing in New York, and yet the potential impact of obtaining the capital was meaningful for the local economy and entire communities. This experience was my first venture into development and reshaped my ambitions towards the emerging industry of social investing. 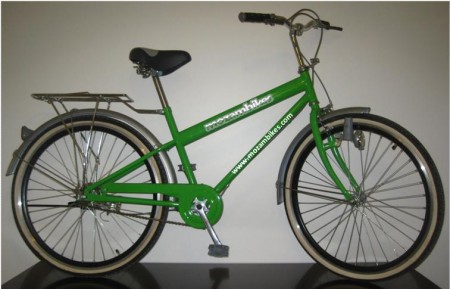 NextBillion.net: How did the idea for Mozambikes arise? What is the business model?

Thomas: Mozambikes started as an idea during a road trip across Mozambique in March of 2009, when Rui Mesquita, the co-founder of Mozambikes, and I encountered person after person walking with massive containers of water or bundles of firewood on their heads. Given the scarcity of public transportation in rural regions, these people often have no alternatives. Even where the system of mini-buses exists, many people must walk kilometers to and from stops and are subjected to dangerous overcrowding during their rides. Lower-cost than other modes of personal transport, bicycles were an obvious solution, yet we found few providers and none with prices affordable to people who truly need them. We began to discuss how we would design a bicycle business, and our excitement in planning prompted us to execute the idea.

Mozambikes’ model incorporates the private sector to offer two low-cost solutions: bicycles and advertising. We sell advertising for local brands on the bicycles to earn an income stream for the bicycles that permits us to be sustainable while keeping prices low. Our bicycles are painted with the colors of the advertiser, and then branded in multiple places with their logos and slogans, creating a moving billboard that can cycle through communities for years. 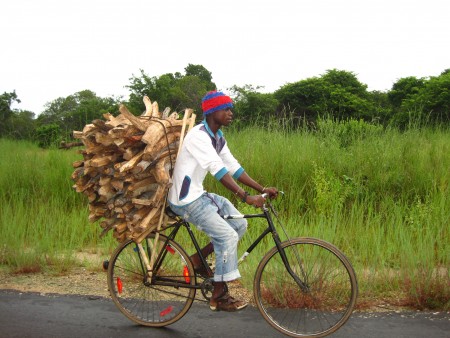 The buy-in from the local advertisers is in part motivated by social concerns, as companies are trending more towards the development of CSR plans. However, there are powerful economic benefits for the companies as well, as bicycles are a more efficient channel for advertisers to reach low-income markets where people do not read newspapers, own televisions or drive along main highways. Historically it has been a challenge to reach these consumers, who collectively prove to be a key market segment for many local brands.

Our bicycles are higher quality than similar bicycles on the market and have features important to our developmental mission, such as a carrying structure on back, reflectors and front light. Quality bicycles are crucial to the continuity of the benefits that they can provide. Mozambikes assembles and customizes our bicycles locally, and thus we also contribute to the economy with labor, regional sourcing and taxes.

NextBillion.net: Describe your experience launching the company. What did you learn about doing business in a place like Mozambique?

Thomas: Launching a business in general is extremely exciting and challenging. Taking this roller coaster to Mozambique certainly increases these factors.

The opportunities in Mozambique are so vast, driven by the requirement for some people to simply meet their basic needs and the increasing wealth of the upper class. But many traditional business models will not work here, often because the purchasing power of the residents is low. We realized quickly that we needed to be innovative with our model, and that’s how we built our adjacent offering for the private sector.

The response that we have gotten from potential advertisers is phenomenal. In nearly every meeting I gain a new perspective on how bicycles fit into business here in Mozambique. Some clients have been discussing purchasing the bicycles on the back-end to distribute to the local communities where they operate. Some have expressed a need for an in-house fleet to quickly move around large facilities, and some contemplate pairing their product with a free bicycle to increase their social impact as well as their sales.

NextBillion.net: What have been the greatest challenges?

Thomas: The hardest part of starting this business has been controlling my timing. In one respect, I am referring to limiting our actions and properly pacing ourselves. We have so many ideas for how to enhance our offering and impact, for instance building a network of entrepreneurs to act as aftermarket technicians, campaigning for bicycle safety and exploring new bicycle technologies. However, we must prove the original model first before we can move on to secondary initiatives, and this is not something that happens overnight.

On the other hand, patience and persistence have been two traits that I have needed in abundance! After a productive meeting with a potential advertiser, I am ready to draw up a contract the very next day. The decision process in many companies, though, tends to be rather slow and I have to draw on their continual reassurance and remain confident that an agreement will be reached.

Thomas: When we announced the launch of Mozambikes, our family and friends had a similar reaction: How can I contribute? To access the resources of this network, and of the philanthropic power of the developed world overall, we launched a sister organization to gather donations to give away bicycles in Mozambique to people earning less than the national minimum wage. We have collected donations for approximately 60 bicycles, which will be the first to hit the road. We estimate delivery of these bicycles in the coming month! (To donate a bicycle, please visit our website at www.mozambikes.com/en).

Our first branded bicycles will reach the market before the end of the year. We are hashing out the details with a large mobile provider, a beverage company, a rural banking institution and an industrial company, which are expected to be our first customers and account for the majority of sales from our first container.

NextBillion.net: What is your vision for the company in five years?

Thomas: Our local vision is to be the prominent provider of bicycles in Mozambique, and thus our vision for the road involves a fleet of higher quality bicycles and more productive farmers. Our goal is to sell 150,000 bicycles in five years, which is conservative given our estimated need of 1.5 million bicycles in the country. To accomplish this, we must have a steady flow of advertising and therefore within five years we hope to be a standard advertising channel in the low-income markets.

We have a lot of social ambitions for Mozambikes, which must wait until we prove the main business model before we launch. However, within five years, we hope to be campaigning for bicycle safety throughout the country and bicycle lanes in Maputo, building a network of entrepreneurs to provide aftermarket bicycle repairs and engaged in some of the new bicycle technologies discussed above. Lastly, Mozambikes has real potential to scale to neighboring countries, which are plagued by the same poverty and lack of efficient transportation as Mozambique. Within five years, we hope to be exploring Tanzania, Zimbabwe and Angola.

Tags
Base of the Pyramid, transportation