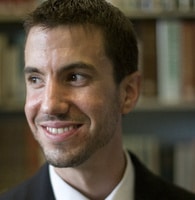 Andrew Eder is the marketing and communications manager at TechnoServe. In that role, he helps tell the story of TechnoServe’s work to empower people in the developing world to build businesses that break the cycle of poverty. Andrew is part of a team that creates print and online communications for the nonprofit, which has more than four decades of experience in international development.

Before joining TechnoServe, Andrew worked as a business reporter for daily newspapers in Wilmington, Del., and Knoxville, Tenn. He covered a variety of industries, including energy, technology, telecommunications, pharmaceuticals, chemicals, biotechnology, manufacturing and agriculture. He followed issues such as the effects of the recession, the impact of climate change on businesses and the controversy surrounding genetically modified crops. Andrew helped launch business blogs at both newspapers. He also served as Washington correspondent for The (Spokane) Spokesman-Review.