Bryan McCoy recently became the CEO of Yalelo Ltd, a commercial aquaculture business serving domestic and regional markets from Lusaka, Zambia. McCoy is also a director of Sustainable Development Capital (SDC), which he co-founded in 2008 in order to invest in Swazi agribusinesses. Through SDC he has acquired a controlling share in Sdemane Farming (Pty) Ltd, which supplies specialty vegetables to South Africa and Europe and has added over 100 employees in rural Swaziland since SDC’s investment. McCoy has spent time working in private equity with Actis LLP (Johannesburg, S.A.) and H.I.G. Capital (Miami, FL), and also in management consulting with Bain & Co (Boston, MA). His introduction to Africa occurred in 2007, when he spent six months volunteering for TechnoServe in Swaziland and Tanzania. McCoy has an MBA from The Wharton School at University of Pennsylvania, as well as a BA from Williams College in Massachusetts. He enjoys playing just about any sport, running, and spending time outdoors whenever possible.

Q: What is your background?

Bryan McCoy: After studying development economics at Williams College in Massachusetts, I spent three years at Bain & Company as an Associate Consultant, during which time I spent six months as a Volunteer Consultant in Swaziland. I’ve since worked for a private equity fund in Miami, obtained my MBA at Wharton and of course spent a lot of time continuing to work in Swaziland.

Q: How did you become involved with TechnoServe?

Bryan McCoy (pictured left): While I was working for Bain in Boston, I began looking for an exciting opportunity where I could have an impact while using the business skills I had acquired during my two years of consulting. I’m sure that’s a familiar story for most TechnoServe VolCons. Two friends of mine had already volunteered for TechnoServe, and they both had great experiences. Ultimately, serving as a VolCon proved to be an easy decision.

Q: What did you do for TechnoServe, and what did you learn from the experience?

Bryan McCoy: I spent the first six months of 2007 in Swaziland and Tanzania working on a handful of different projects. These included industry-level engagements (a survey of the pig/pork industry in Swaziland and a high-level review of the constraints to small- and medium-size enterprise growth in Tanzania), as well as hands-on work with a single Swazi vegetable farmer. It quickly became apparent that this type of work could be inspiring and exciting. I also realized that making a lasting impact in developing economies is not easy. Trying to deliver a sustainable, tangible impact can be challenging, even when you’re part of a very strong team. But the overall experience is incredibly fulfilling.

Q: How did the idea for Sustainable Development Capital come about? What is the business model?

Bryan McCoy: I spent my last month as a VolCon in Swaziland working with Sdemane Farming, a local vegetable production and packaging business. Sdemane had a very capable manager and a nice operation, but was operating sub-scale and attempting to service a large loan. As a result, the business was spiraling towards bankruptcy. I tried to help Sdemane refinance its debts and seek an equity investor, but unsurprisingly we didn’t make great progress in the few weeks I had available. When I arrived back in the States in July 2007, I continued to try to find an investor that could help the business. By the end of 2007, farming operations had ceased, and by late 2008 we were beginning to lose hope. At that point I realized the only way to give the business another chance was to do it myself. And perhaps there would be other distressed but promising companies that could be funded. At this point I decided to fill a gap in the Swazi business ecosystem with Sustainable Development Capital (SDC).

Q: Describe your experience launching the company. What have been the greatest challenges you have faced in the business climate, and what lessons have you learned?

Bryan McCoy: I launched SDC together with Chris Ryan, a close friend from college who had also worked with me as a VolCon in Swaziland. We laid out a model for an investment company that would

(1) source high-potential SMEs through nonprofit contacts on the ground (including TechnoServe),

(2) procure patient funding (from the U.S.) which valued social impact as well as long-term risk-adjusted financial returns, and

Chris and I then contributed much of the initial capital ourselves – given that we were young and single, this was an appealing risk to take. The remainder we sourced from friends and family. Once we had capital committed we were able to finally restructure Sdemane Farming (with critical support on the ground from Joe Andrasko, another former Volunteer Consultant, and Dominique Baillet, a friend who came to Swaziland to help set up the company) and begin considering other projects. Three-and-a-half years later, Sdemane is growing rapidly and has already increased revenues by four times compared to 2007. The business regularly employs well over 100 people in multiple rural areas of Swaziland, and has also supported up to 40 outgrowers. Unpredictable weather has been a constant challenge, and whereas social impact has come easily, we’ve had to battle for financial success.

The most important lessons learned definitely concern management. Our investment in Sdemane Farming was tied to our belief in the manager of the business, Themba Dlamini, and the importance of his dedication and leadership cannot be overstated. A much smaller deal that we invested in had a very attractive business plan, but this was being executed by a farmers’ cooperative without a strong leader. A lack of accountability and leadership doomed that project from the start. Then a third deal that very nearly closed this year collapsed at the last second, also as a result of those same factors. I believe the lack of managerial talent in Africa is a greater challenge to business growth than lack of capital.

Q: How were you able to partner with TechnoServe for support?

Bryan McCoy: TechnoServe was extremely important to our initial efforts in Swaziland. SDC did not have the capacity to provide the entirety of the equity capital required by Sdemane Farming, so TechnoServe stepped up and helped design a unique program whereby SDC’s investments in TechnoServe/Swaziland clients could be partially matched with local TechnoServe funding. Without this innovative program, Sdemane could never have been restructured. 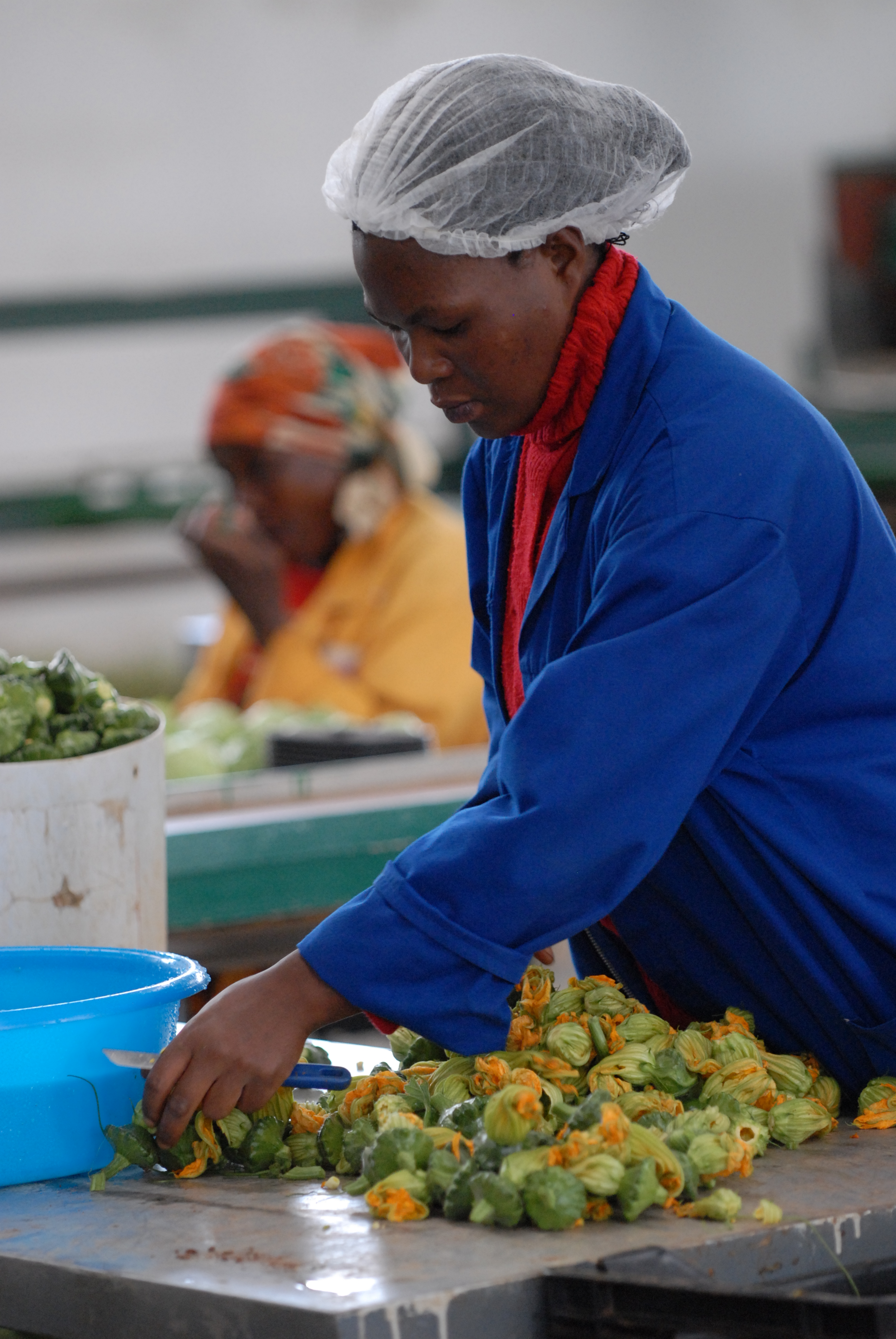 TechnoServe’s technical assistance has also been invaluable in supporting Sdemane Farming since 2006. TechnoServe’s advisors worked closely with the business to secure market linkages and help meet the standards needed to export its products and access these markets. TechnoServe also provided critical agronomic advice and helped build the staff’s financial management capabilities. Their staff worked hand-in-hand with Themba to turn the business around.

Finally, SDC has TechnoServe to thank for almost our entire deal pipeline. I believe that TechnoServe is often at its best when partnering closely with a source of SME financing, and SDC is definitely most effective when working alongside TechnoServe.

Q: What is your vision for yourself and your venture in the next five years?

Bryan McCoy: I think there’s great opportunity for hands-on equity investors to be successful in Africa, and I’m continuing to watch out for attractive small businesses. In an effort to address the managerial constraint I mentioned earlier, I’ve shifted gears and taken a job as the CEO of Yalelo Ltd, a venture-backed aquaculture startup in Zambia. Yalelo has great potential to create jobs in rural areas, improve local access to inexpensive animal protein and achieve financial success. I’ve now moved to Lusaka, and am quite excited to spend the next several years here building an impactful regional business. TechnoServe has also started to work in Zambia, so perhaps I’ll have an opportunity to partner again with TechnoServe sooner than I might have expected.