On World Day of Social Justice, the Role For Business

Jake Walter is the country director of TechnoServe/Mozambique. Since 1998, he has led TechnoServe’s efforts to create a competitive and sustainable commercial agricultural sector that promotes opportunities for small-scale producers and creates jobs for the rural poor. Prior to joining TechnoServe, Jake was a vice president for ABS Global, a bovine genetics and technology company.

On the World Day of Social Justice, Jake discusses how TechnoServe’s work in Mozambique contributes to a stronger society, and how business can be a means to promote social justice.

Q: What is the connection between economic development and social justice?

Walter: When you work to transform a particular system, you want to keep in mind things like environmental sustainability, ethical defensibility and social, cultural and spiritual aspects of life. Any kind of change will potentially have an impact on those, and one needs to have sensitivity to all of those things, not just economic impacts. You have to keep in mind that you can have something that is good for the economy and creates more jobs, but also has negative effects on the other aspects of life. In a broader sense, we’re working to create a good society, and that might mean more than just material benefits. The economics are simply a means to get there. If in developing the means to getting there, you negatively impact those social aspects, then that is neither sustainable nor desirable.

We need to think about social justice without rejecting a business approach and recognizing that when done right, business can be a powerful tool. If you can develop a business system that distributes benefits more widely, it will be more sustainable and have a power of its own.

Q: What are some examples of how your work in Mozambique promotes social justice?

Walter: We’re spending time on strengthening the seed system and improving access to seeds because seeds give people choices. People can pursue different strategies if they have seeds available. People have resources and goals, and seeds are a means to achieving these goals. A person with one set of resources and goals may choose different seeds than someone with different resources and goals. Often, the people making these decisions are women. The seed system we are creating is one that maximizes choice and builds in access for even the most poor and marginalized groups. We’re helping to make the system decentralized and competitive. We’re developing technologies and an enabling environment that will promote access for smallholders, rather than larger, perhaps more faraway producers. We’re building into the system equality of access and choice.

We also are interested in social entrepreneurs. For example, in our cashew processing work, we’ve begun to work with a social entrepreneur who has developed a competitive business model that is designed to create benefits for poorer participants in the value chain. His business is structured to distribute the profits to the poor. We have a particular interest in supporting that kind of business and entrepreneur who is thinking about how he or she can share the value with poorer members of the value chain. 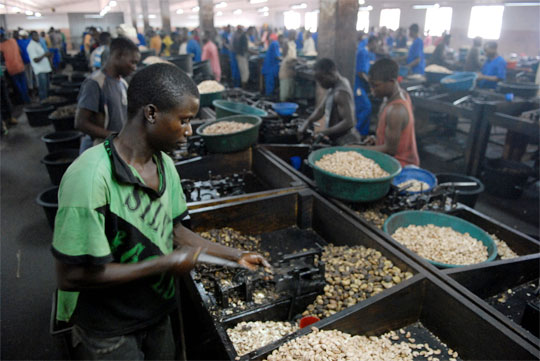 In general, we’re trying to structure things so that development is more balanced. I’m reading a book right now called “Everything in its Path,” which is about a flood in West Virginia, and how it destroyed the lives of families in the affected communities. The book makes the observation that the impacts from the flood were exactly the same things that were happening from modernization. The question is, can development be a force where everything in its path is good instead of bad? For example, can mines and other big industrial investments be a force for positive social change? TechnoServe is asking if there are other things around certain industries that can be developed to create broader impact.

Q: What social justice issues are particularly pressing in Mozambique?

Walter: The biggest issue right now is how to share the resources from the discovery of natural gas off the coast of Mozambique. There will be a lot of advocates for the environment, so companies will have to be responsive to those concerns. It’s less clear who will advocate for sharing the financial benefits with the population.

There are a lot of bad examples out there in this regard, and many of them tend to be in Africa. That means that the risk for a country like Mozambique is probably higher. TechnoServe is actively engaged in developing strategies and worldviews and mindsets that will mitigate some of the potential negative impacts of a society that’s completely dependent on one source of mineral wealth, like gas. It could be a case of “everything in its path.” Will it be everything bad, or will there be some good as well? If all the money goes into the treasury, it’s more open to rent-seeking behavior from the powerful. Gas companies have seen that it’s not good to operate in a country where the impacts are skewed. In terms of wanting a good society, they share TechnoServe’s concern. Government officials might be able to benefit from these resources, but they also don’t want social unrest. I think that if there are good mechanisms for sharing the benefits, all the players might be open to that.

Q: What role does gender equality play into social justice?

Walter: Everyone needs to be valued for the work that they do. The fact is women work just as hard, if not harder, than other people in society. Gender roles are not necessarily bad, but if there are differences in the rewards for equal amounts of work, are there ways that inequality can be addressed?

In Mozambique, we are developing a network of women-owned maize mills in local villages. We are asking the question, are there ways to use cooking and the preparation of food as a vehicle to become empowered? We’re trying to make housewives smarter about things like nutrition, weights and measures, etc., which can give them choices about what they want to do with their lives. We’re not saying schools should be ignored, but the reality is that a lot of girls leave school early to raise babies and feed their families. Are there ways we can make the maize mills into places where you can learn higher-level skills but make a profit for the owner? The mill is the focal point for food, so can we use that to educate them? Women have said that more than anything else, they want to learn. They want to get new knowledge. A good food center business will benefit and profit from educating women. 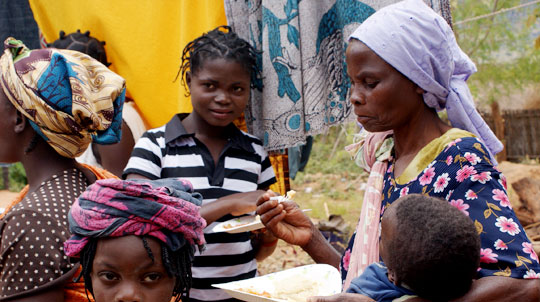 (Above: Maize mills are about more than food production, but empowerment. Image credit: TechnoServe).

All these things are designed because we see growth opportunities. Then we can use that as a mechanism to create gender equality and other social benefits. It’s all about understanding the direction things are going economically and the potential of certain opportunities. Business is a driver of change and when you structure it right, it doesn’t need subsidy. If you structure it right, it has all kinds of collateral positive impacts. Business is a means to an end – you just have to get people to do business in certain ways so that the whole society benefits.