NexThought: From Soap to Cassava – Mentoring Makes the Difference

An outside perspective can help an entrepreneur solve a tricky problem. Sometimes, that perspective can even help grow an entirely new idea. Such was the case for Cynthia Ndubuisi Mene, a young Nigerian businesswoman committed to using innovative ideas to tackle social issues in her home country.

Cynthia formed her business, Ever Glow, after observing that about 80 percent of Nigeria’s population uses bar soap to hand wash their dishes – despite the economical and hygienic advantages of liquid soap. She saw an opportunity to fill an unmet need in her country by creating a superior liquid dish soap that is non-toxic, plant-derived and biodegradable.

However, Cynthia lacked the technical expertise to get her business off the ground. She sought guidance and discovered the business-mentoring network MicroMentor.org, where I am the product manager. There, Cynthia connected with Gary Mastro, a former vice president of brand and product marketing at United Parcel Service.

Gary’s extensive experience with sales, marketing and global logistics was a great fit for Cynthia’s business needs, and they were able to tackle a number of significant challenges together – from implementing a major rebranding to making crucial labeling, pricing, packaging and distribution decisions.

In fewer than six months, Gary helped Cynthia gain a competitive advantage in Nigeria and begin exporting to Zambia. She experienced a 40 percent growth rate, which far exceeded her initial goals, and was able to hire six new employees. Last year, venture capitalists and bar soap manufacturers began pursuing the for-profit Ever Glow with an eye toward acquiring it and entering the liquid soap market.

But the greatest fruit of Gary and Cynthia’s collaboration was unrelated to soap. Growing up in Nigeria, she knew firsthand how vital the cassava plant (sometimes called “yuca”) was to the nation’s economy. When processed into flour, it can be made into fufu – a commonly eaten food in Nigeria – and other products.

“I always had been interested in helping farmers before I became involved in dish soap. When I was in high school I knew a farmer, and helped her on her farm to generate income,” Cynthia said. “Interested in improving the livelihoods of cassava farmers, I started investigating the cassava process to look for ideas.”

Nigeria grows more than 40 million metric tons of cassava annually, which is more than any other country and nearly double the production of countries like Brazil, Indonesia and Thailand. Yet, the methods and techniques involved in processing cassava are extremely tedious and time-consuming, making it difficult for many Nigerian farmers to turn a profit.

“I thought of how we could help farmers process the cassava to reduce their stress and increase their productivity,” Cynthia said. “I came up with a fabricated cassava-processing machine that farmers can bring their plants to, which can help them peel and grind the cassava, so they can be used in consumer goods.” 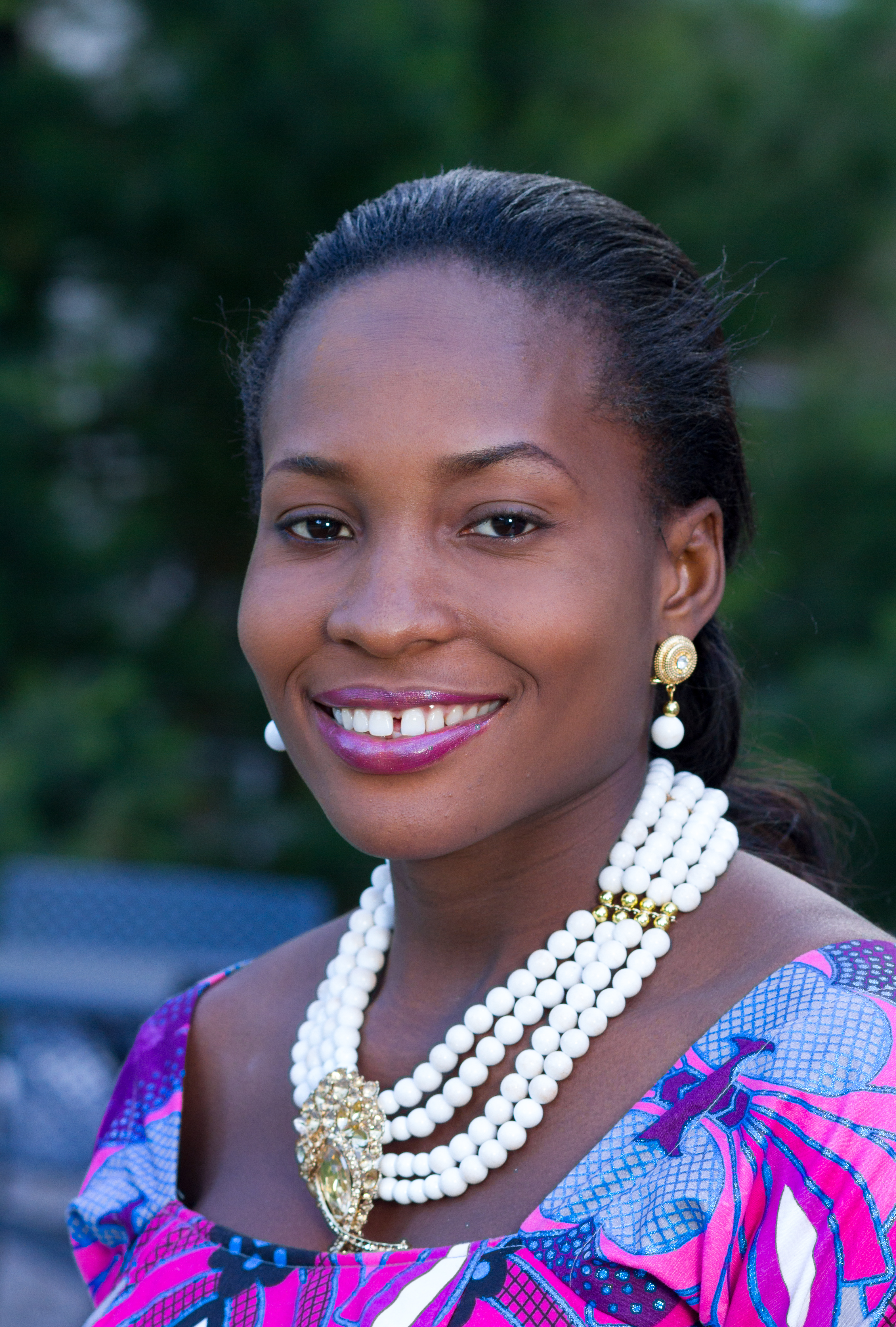 Because most farmers do not have access to machinery to process cassava, most farmers can sell only about 60 percent of their crops. Cynthia’s model would enable them to turn a profit by using 100 percent of each plant.

This exciting new project quickly became Gary and Cynthia’s primary focus. Their business plan involves inviting farmers to bring in their untouched cassava plants, process the plants using newly developed grinding machinery, and then sell the processed cassava back to the farmers for use in consumer goods, at a rate far less than what it would cost them to do it on their own.

Cynthia also has developed a green solution for disposing of the cassava peels. Currently, Nigerian farmers burn millions of metric tons of peels each year, releasing millions of tons of carbon monoxide and other forms of pollution into the atmosphere, which dramatically affects air quality.

Cynthia discovered that those same peels could be processed into a cheaper and more nutritious feed for livestock – compared to the increasingly scarce and expensive corn feed, or “maize,” currently used. In the past four years, 200 million tons of maize have been imported into Nigeria to compensate for the high demand and short supply. The rising costs associated with this import have had a crippling effect on the livestock industry. Through Cynthia’s solution, Nigerian farmers can now buy locally produced cassava feed at half the cost of maize, making raising livestock more sustainable and 80 percent more profitable.

Cynthia’s idea has the potential to impact 1 million farmers across sub-Saharan Africa by helping cassava farmers save time and money processing their crops, while increasing the profit margin of cassava and livestock farmers by roughly 50 percent and 40 percent per year, respectively. It also would help reduce the environmental pollution associated with burning cassava peels, while enabling Nigeria to utilize all of its natural cassava resources. This would help farmers reduce their reliance on expensive maize imports for feeding livestock. 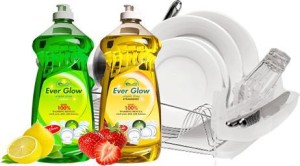 While Gary and Cynthia are still ironing out the specifics involved in rolling out this new enterprise, the project has already earned Cynthia a number of accolades. She took second place and a $10,000 prize in the idea category of the 2014 Global Innovation through Science and Technology Tech-I Awards, as well as the award for best female presenter. The startup has also received $25,000 in support from the United States African Development Fund, Young African Leaders Initiative entrepreneurship grants.

Cynthia also has attracted interest from USAID and has discussed her plans with Second Lady Jill Biden, amongst others. She recently returned from the United States, where she participated in a highly competitive program organized by President Barack Obama called the Washington Mandela Fellowship, where she met with other young African leaders and attended Dartmouth College for a summer semester.

For Gary, the benefits of assisting ambitious entrepreneurs like Cynthia are clear: “The thing that’s exciting about working with Cynthia is the passion she has and the desire to make life better for people in Nigeria, in her local community, and for others. That passion and pure entrepreneurial spirit to attempt changes like this, I believe, will make an incredible impact.”

For Cynthia, the feeling is mutual: “I love working with Gary because, to me, he has this selfless spirit and commitment to helping people. He’s such an incredible person to work with, and I see him not just as a mentor but also as a friend and a father.”

With the potential to drive significant agricultural innovation in Nigeria, Cynthia’s business is poised to make an incredible impact. Luckily, with Gary as her mentor, she has the support she needs to keep building her vision and perhaps even begin developing her next big idea.

Cynthia exemplifies the impact MicroMentor is working to create. With a record of making more than 10,000 connections between entrepreneurs and business mentors, MicroMentor envisions a world where every entrepreneur has access to social capital and where not only can they improve their own livelihood, but engage their local economies and communities.

Like Cynthia and Gary, mentoring experiences on MicroMentor are meaningful – half of all connected pairs spend at least 19 hours mentoring, and 91 percent of entrepreneurs find their conversations productive, according to the 2015 MicroMentor Business Outcomes Survey.

Also like Cynthia, our most recent survey found that entrepreneurs who receive mentoring through MicroMentor grow their revenue (236 percent average growth), create new jobs (average of three jobs created per entrepreneur) and significantly outperform their peers who do not receive mentoring.

MicroMentor was originally conceived by Karen Doyle Grossman at the Aspen Institute in the early 2000s as a tool for the U.S. microenterprise industry, and was later adopted by Mercy Corps, a global humanitarian and development agency. Since establishing a platform in 2008, MicroMentor has grown globally. Today, we are creating nearly 200 new mentor-mentee connections every week. More than half of our entrepreneurs and a third of our mentors are joining from outside the United States.

And, as we’ve learned time and again at MicroMentor, mentorship often comes full circle. Although Cynthia is busy setting up the first manufacturing facility for the cassava project, she’s gone on to become a mentor herself, and is now training other young women in Nigeria to start their own businesses.

Loren Guerriero is the product manager at MicroMentor.