NexThought Monday – Why Did Vittana Close Down?: The real question: why don’t more organizations pull the plug?

Editor’s note: As part of our Most Influential Post of 2014 contest, we are re-publishing the articles that attracted the most reads. This article was the most-viewed for September. To see the full list of the most popular posts in 2014 and to vote for your favorite, click here.

This month, I was part of a small team who made the tough decision to close Vittana, a nonprofit organization that aimed to spark student loan markets in the developing world.

Over five years, we had created active student loan programs with 35 microfinance organizations in 17 countries. These programs are on track to reach just under 10,000 students in 2014. We had compelling evidence that, in addition to almost perfect repayment, the loans led to a near doubling of students’ income, an immediate path out of poverty. So why close? While cash was always tight and fundraising was never assured, we did not simply run out of money, as often happens in these cases. In fact, our board would have supported us further if we brought them a plan we really believed in. And that was the problem. We were doing good work – 10,000 students a year sounds great – but it wasn’t good enough. We aspired to spark student loan markets, not just start programs.

In 2010, we set a goal to reach 1 million students by 2015—200,000 through our own programs and 800,000 through demonstration effect, or stimulating competition by demonstrating an attractive product. We weren’t approaching those numbers in our own programs and we were seeing almost no evidence of demonstration effect. We had made a commitment to our donors that philanthropy was only a temporary bridge until we could build a sustainable business model. (At our launch, NextBillion cited our “sharp and well-defined business model.”)

We tested two potential models, but neither could fund a $2 million nonprofit, the operating budget we needed to launch and support new programs. In August, our team came together with energy and good spirit and developed one last business plan. When we had forged the best plan we could, we asked ourselves: “Is this the game-changer?” We all agreed that it wasn’t.

When a for-profit company misses its market, it runs out of money and eventually closes. Sometimes it can postpone the inevitable, but it can’t forever. From a pure economics perspective, that’s OK. That’s the way markets work– if you don’t offer what people want or you don’t do it better than your competitors, you don’t get to keep doing it. Investors or customers are going to make the call for you. The capital and talent that might have been reinvested in your company finds another company that will hopefully find a more successful path.

When a nonprofit organization runs out of money (and many, many are close to doing that all the time) it simply asks for more. Well-intentioned, smart, good donors very often step up and give it the runway needed to keep going. (And Vittana was fortunate to receive just this sort of well-intentioned backing.) But there’s a problem here. The donors who make the decision to give the organization more time are generally not the right people to make the call on whether this organization is the best at delivering its service. There’s a break in the feedback loop that allows capital and talent to stay invested in sub-optimal approaches. 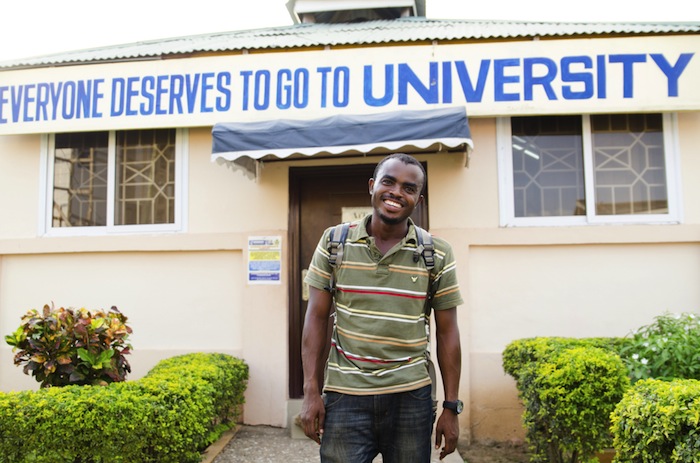 These are not original thoughts. The lack of a clear “customer” has been a conundrum to managers in the philanthropic sector for a long time. What is new here is that we are now in a world where more and more nonprofit organizations are trying to harness market forces for social good. But we can’t have our cake and eat it too. If the market is telling you that you’ve got your approach wrong, you can’t simply keep pushing away at the same approach because donors are funding it.

I’m calling on social entrepreneurs to be the ones to call it quits more often. Only you can really assess if you’re getting traction on your goals. It may take longer than you expected – it almost certainly will, in fact – but eventually you will know whether your original hypothesis had merit. Don’t wait for your donors to tell you. Your donors’ insights will always lag your own. Closing a social enterprise does not mean defeat if you gain insight into what works and what doesn’t and are willing to share those insights.

All of us at Vittana fundamentally and passionately believe that millions of young people worldwide deserve to complete their education. We also believe that someday there will be sustainable business models to provide the financing to enable that education on a global scale. The path we found was only reaching tens of thousands of students, and so we decided to get out of the way. Someone else can do it better and we hope to help them by sharing everything we learned.

Kate Cochran is a former strategic adviser and chief operating officer of Vittana.