On Pioneering Capital, Mentorship and Accelerators: It Turns Out You Can Do (A Lot) More With Less

In almost any context, the word “pioneer” conjures up exciting images of individuals, or teams or companies, who blaze a trail and create new opportunities for the rest of us. Pioneers venture into uncharted territory, take on a great deal of risk, grapple with uncertainty and craft new rules as they forge ahead. The odds are great that they fail rather than succeed, but still, they persist knowing that if they do prevail, the rewards are sweet.

Despite these positive connotations, and the benefits that await, very few impact investors are deploying “pioneering capital” – small investments into very early-stage ventures. Pioneering capital is the first in, helps the entrepreneur get her idea off the ground and paves the way for other investors to come in and scale the venture. According to the Global Impact Investing Network, less than 3 percent of impact funds were deployed into early-stage ventures in 2017. We can and must do better.

Five years ago, we at Upaya Social Ventures wrote about this gap in pioneering capital and the lessons we’d learned as pioneers ourselves. Since then, we’ve had our fair share of missteps and stumbles, but we’ve internalized those lessons and are proud to share several here for the benefit of others. In more recent years our successes far outnumber our failures and we find ourselves converging on a playbook that works.

Our portfolio speaks for itself: out of 14 investments, we’ve had two exits, one write-off and two “stalls” (ventures that are undergoing major re-structuring). The remaining nine continue to chug merrily along. These nine are scaling, attracting follow-on investment (15X the amount that Upaya originally invested) and, all in, our portfolio has created nearly 8,000 dignified jobs for the poor. 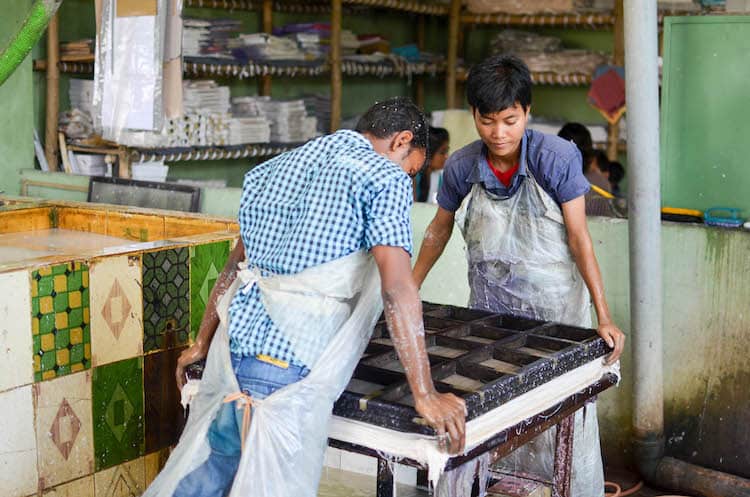 We believe Upaya is thriving in its pioneering niche, and we’ve enjoyed collaborating with the few other peers in this space. However, there’s plenty of room at this party as the need is far greater than what the current pioneering capital investors can satisfy.

Perhaps what is holding others back is the perception of rapidly evolving business models and the significant effort of evaluating investments in this early stage. Investors may feel they can’t afford to dedicate scarce diligence bandwidth to entrepreneurs slogging through the pioneer phase. In the first one to three years, entrepreneurs are still experimenting, learning how to strike the right product-market fit, understanding their customers’ needs, and settling on the best methods to generate revenue.

There is also a higher risk of business failure at this early stage. Granted, there are occasions when entrepreneurs discover their ideas are simply not viable, but more often the case is that they simply run out of funds and resources before they can prove the concept. For entrepreneurs working to alleviate poverty, in highly marginalized communities, the rate of failure is even higher as they contend with poor infrastructure, political and social instability, and opaque and unpredictable markets. There is the practical challenge of even assigning a value to the enterprise at this stage: What is the investor’s stake really worth? Can the investment be structured in a way to compensate for the risk the investor is assuming?

We wouldn’t deny these challenges exist, but we’ve been surprised by our own journey. We’ve had several epiphanies that challenged many of the notions we ourselves held earlier.

One such notion involved the nature of our capacity-building support. For years, we had seen entrepreneurs struggle with financial management, pitching to investors and articulating a solid business case. Because of this vulnerability, and because the entrepreneurs were single-handedly juggling hundreds of moving pieces as they launched their companies, Upaya took a 1:1 mentorship approach. We focused our coaching on one entrepreneur, a few months at a time, before moving on to incubating the next one. It was often resource-intensive, but we were reluctant to take shortcuts and our results have proven the “return on impact” for support resources invested early on.

In 2017, we experimented with a different approach – by organizing our lessons and tools into discrete modules that could be administered in a classroom setting over a few days. We also launched an accelerator program that would support eight entrepreneurs over a six-month period. Interestingly, we found the 8:1 approach was just as effective as the 1:1 approach. One could argue it was even more effective.

The accelerator platform allowed us to not only administer training but also fully leverage our network connections. We invited subject matter experts, other entrepreneurs and, of course, investors to interact closely with our entrepreneurs. At the end of the program, the entrepreneurs remarked that the network connections were just as valuable as the training they received. We are now refining our accelerator program for 2018 and assessing the upper boundary of how many entrepreneurs can benefit in the same way, without compromising the quality of programming and overall outcomes.

So, for organizations like Upaya that wish to prime the pump of early-stage entrepreneurs and greatly improve these entrepreneurs’ chances of success, how can they best extend support? In short, we recommend a light but targeted approach to capacity-building, combined with some creative deal-making. More specifically, this means:

When Upaya started down this journey, we had a notion that working with early-stage ventures meant intensive hand-holding, patient advisory services administered over many months and tailored support of the needs of individual entrepreneurs. In reality, it’s a lighter lift: short and targeted trainings, network access and creative investment structuring can make all the difference in the world. We encourage more investors and accelerators to wade into this ultimately impactful and fulfilling early-stage territory, and look forward to working with many of them going forward!

Above: A worker at Tamul Plates (an Upaya investee) works the pressing machine to produce tableware out of indigenous palm tree leaves.

Nathan Byrd is a board member of Upaya Social Ventures.