Putting Numbers on Multinationals’ Impact is Even Harder Than it Looks

Multinational companies like to describe their presence as a boon to developing countries. In a remarkable joint study published in 2005, Oxfam International and Unilever Indonesia found such claims are valid—sometimes.

The British antipoverty NGO and the Anglo-Dutch consumer products company were looking for new ways to help the world’s poor—and new ways to talk about the things they were already doing. Was Unilever’s Indonesia operation improving the lives of Indonesia’s poor and wider economy? If so, how much?

So in 2005 they agreed to open Unilever’s books and try to figure it out.

As more consumers desire social responsibilty to be a part of their favorite brands, it’s worth taking a new look at this example of foreign direct investment to see how it sheds light on whether even a “standard” global business model can have significant benefits for an emerging economy.

In 2005, 15.8 percent of the Indonesian population was living in poverty and roughly half were “near poor” and extremely vulnerable to economic instability, according to the World Bank. Since Unilever and its local subsidiary, Unilever Indonesia, have worked in the country in some form or fashion since 1933, the company has placed an emphasis on building consumer demand, adding value along the supply chain, and building up its business.

?RELATED Small is Beautiful, Small is Cheap, But Do the Poor Care? 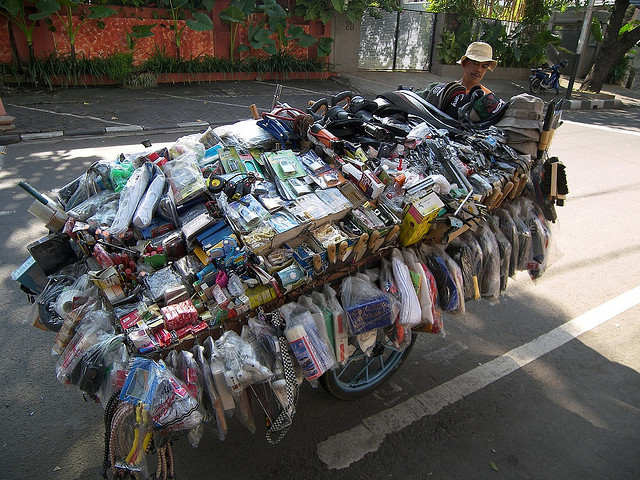 “Because UI imports inputs and purchases foreign currency for its business operations, and remits dividends to shareholders outside the country (85 per cent), there is a net outflow of funds, showing that even a locally-based company like UI with only modest exports can have a negative foreign-exchange impact on the country.”

The primary lesson seems to be that, practiced the right way, foreign direct investment can be a huge boon to developing economies. It was projected that Indonesia took in over US $215 million in tax revenue from Unilever Indonesia between 1999 and 2003. That’s just direct corporate tax revenue, not figuring the impacts of people directly or indirectly from the value chain.

But multinational corporations have to practice their foreign direct investments in a thoughtfully structured way in order for a host country to receive the most value. Simply because USAID builds a business park in Haiti (link) or BMW a factory in Chattanooga (link) isn’t going to ensure long-term benefits that transform economies. As a Unilever Indonesia team member observed:

A company has an important ‘product-delivering, wealth-creating, skills-transferring’ role, it is only one participant alongside other businesses, governments, international institutions, and civil-society organisations in the drive for sustainable poverty reduction. For optimum impact, a concerted effort is required.

Obviously Oxfam feels Unilever is a company that does things the right way. The two organizations have gone on to work together in other projects. Most notably in 2010, they launched a joint venture to integrate small farmers in developing countries into Unilever’s supply chain. If these two organizations can work together on projects of such scale, what other great NGO-multinational corporation collaborations are waiting to be developed?