Roadblocks to Bridges: How municipal governments, NGOs and companies can unlock inclusive cities

This article was written by Oren Ahoobim, Laura Goldman and Shanti Mahajan, all of Dalberg Global Development Advisors.

Our recent article in Stanford Social Innovation Review outlined a new urban vision – one that centers on inclusive cities that foster growth through safe living conditions, greater integration within cities and improved legal protection and dignity for informal workers.

“We want to redefine the ‘world-class city’ as an inclusive city,” we wrote. “All people have a fundamental right to live with basic dignity, in decent conditions and with prospects for economic mobility and social inclusion.”

But just who is responsible for making this new “world-class” city a reality?

Ultimately, municipal governments must lead in making investment and policy decisions that support all urban citizens. However, additional steps can support municipal governments in this endeavor, including increased information availability, expertise in implementing inclusive urban models and greater empowerment of informal workers. In these areas, urban planners, multilateral organizations, non-governmental organizations (NGOs) and academics are natural contributors; indeed, as highlighted in the examples below, some of them have already begun to help.

Municipal Catalyst 1: Increase information availability and use for decision-making.

Next Steps: While these data collection and analysis efforts are promising, too few municipalities and other key decision-makers are taking advantage of it. The next big challenge for multilaterals and NGOs is to inform inclusive urban decision-making by creating incentives for municipalities to use available data, and increasing awareness of the contributions informal settlements and economies make to urban economies. 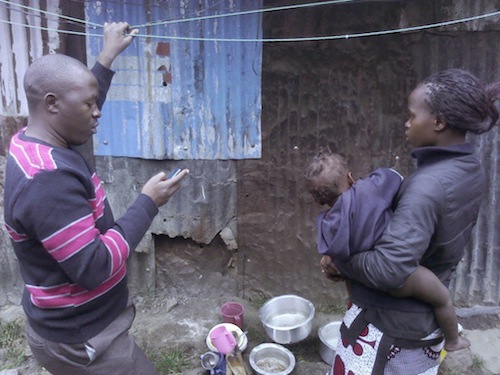 Progress: NGOs and multilaterals such as UN-HABITAT and Cities Alliance promote inclusive approaches to urban development, emphasizing that inclusivity helps cities address urban challenges such as safety, security and disaster management. In some cases, organizations have worked directly with municipalities to develop inclusive urban planning strategies. For example, Cities Alliance, the World Bank and USAID are working with the Mumbai government to support more inclusive plans for the city, including extensive slum upgrades and a re-engineered road transport system. In Africa, Global Communities worked with the Sekondi-Takoradi Metropolitan Assembly in Ghana to prepare a more inclusive City Spatial Development Plan, which proposed upgrading historic areas to support both formal and informal economic activity, as well as a road network to connect underdeveloped areas on city outskirts to other parts of the city.

Next Steps: Organizations should continue to forge partnerships with municipalities to fundamentally rethink and reshape global urban planning practices. In the long term, urban planning schools can have significant influence by incorporating inclusive design theory and practical, hands-on experience into their curricula.

As we noted in SSIR, the city of Pune, India, has switched from using private contractors with trucks for the majority of its waste management to using informal unions of self-employed waste-pickers who hand-sort the city’s garbage. That arrangement raises the waste-pickers’ income, saves the city money and reduces the amount of landfill trash.

Cities can accelerate global economic development. They bring diverse groups of people and resources together, spurring creativity, entrepreneurship and innovation. Municipalities are ultimately responsible for assuming a new “world-class” vision that is inclusive of all urban citizens. However, by engaging with municipalities and informal workers, non-government entities can accelerate this shift towards more inclusive urban planning.

For more on Dalberg’s work related to cities, click here.

Oren Ahoobim is an associate partner in Dalberg’s New York office and part of the firm’s Energy and Environment leadership team.

Shanti Mahajan is a consultant in Dalberg’s Mumbai office, where she has worked on engagements in the Corporate, Energy & Environment, and Global Health practices.