Göran Carstedt, chairman of The Natural Step and former executive at Volvo and Ikea, shared his perspective on how to re-engineer capitalism during the SOCAP: Designing the Future, in Malmö, Sweden earlier this month.

The paraphrased quote by Albert Einstein was the entry point into several lively discussions on how to change our way of thinking. The key finding: We need to think and act on a more systemic level if we want to understand the complexity of our socio-eoconomic reality. What we need is a network-based, relational economy that reshapes the incentive structures of the market toward a stronger collaboration among investors, entrepreneurs and policy makers. Such a relational economy comes along with a more sophisticated market where a deeper understanding of competition and economic value creation prevails.

Put another way: What makes a social enterprise successful, both in terms of a business and its impact? According to David McConville and the Buckminster Fuller Institute, it’s the “trimtab.” For those unfamiliar with the word, the trimtab is a technical term for the very small surface attached to a larger control system in a plane or a boat. Changing the trimtab will change the course of the vehicle. Therefore, the principle of the trimtab is that small changes can have large impact. Social entrepreneurs worldwide are looking for exactly that, and at the SOCAP conference in Malmö, participants were presented with ventures that had found their trimtab.

Ben Metz represented Blue Ventures, a social enterprise that combines eco-tourism, sustainable fisheries management, and aquaculture on the southwestern coast of Madagascar. The initiative started in 2003 in Andavadoaka when founder and research director Al Harris decided to merge diving and research. The tourists frequenting his diving shop were not only observing the fish and coral reefs for leisure, but were actually gathering data on the undersea community. Their initial findings showed environmental degredation and the hallmarks of over-fishing, including very low reproductive rates among octipus populations. Over time, Blue Ventures built a team of researchers and volunteers to study all aspects of the marine ecosystem, including fish species and the conditions of the coral reefs, as well as local fishing techniques. The organization shared its knowledge about the environmental quality of the water and the fish populations with the community. And since 85 percent of the population depended on fishing, they soon understood the need to act quickly to develop sustainable practices. As the environmental conditions improved, the economy in the region did too. With more money, the locals could send their children to school, which in turn meant that the birth rate went down.

Blue Ventures continues to support development by taking a holistic approach that includes education, health and business skills in their initiatives to with numerous coastal villages. Indeed, teams of volunteers from many different countries arrive in Andavadoaka, and Blue Ventures teaches them diving skills and how to survey local habitats to help support local fishermen. The organization also provides scholarships that ensure hundreds of children are able to attend school. We have also provided marine science training to over fifty Malagasy science graduates.

When considering social enterprises, we tend to think about new technology or construction of new business models. The BFI, however, suggests another, parallel view where one small factor can work as a trimtab for an entire project, and where a slight adjustment can lead to big scaling. How can one find the trimtab for a project? The answers are humility and patience. To get to a sustainable solution for a complex problem, the initiators often find themselves including more and more elements, and by doing exactly that, the entrepreneur will eventually find their trimtab that makes the course change. As the example of Blue Venture illustrates, a trimtab can be anything. In the case of Blue Ventures, it was the reproductive habits of local octopus populations. The trimtab has to be grounded in the realities of the problem.

The Earth Security Initiative is bringing attention to the new investment agenda emerging around the notion of ecological limits. Among other things, argued its founder Alejandro Litovsky at SOCAP in Malmo, the limited quantity of resources like water and fertile land present a series of risks to investors, as well as opportunities for creating long-term value.

This initiative aims to focus financial markets and political leaders on ecological limits as an issue of economic risk and national security. Over the last year the Earth Security Initiative has launched high-profile agendas on resources like the Amazon (Amazonia: The Focus on Risk) and fisheries (Fisheries: A Security System), which show why investors and policy makers must factor the risks of losing the resilience of these ecosystems. At the same time, the Earth Security Initiative calls upon investors and businesses to allocate capital in ways that build the resilience of natural capital and human security. The ESI founder argues that this includes looking at real estate investments, agriculture, energy and forests from entirely new perspectives.

One example is the exploitation of land commodities. Food commodity prices are steadily on the rise, much of the planet’s arable land is already being cultivated. Investors acquire large areas of fertile land to produce biofuels or food commodity crops. Where land governance is weak, such extractive agro-industries cause social tensions, as they endanger the food and water security of local people. The extraordinary amounts of water needed for irrigation of large-scale agriculture strains resources for local water consumption and the irrigation by small farmers. Further, the extensive soil exploitation decreases its reproduction capacity and leads to fertility losses.

The Earth Security Initiative is working on solutions that rely on information. It recently launched the Land Security Agenda, which focuses the challenge of ecological limits on the land and commodities investments agenda. The report argues that investors must consider ecological limits more centrally in their portfolio decisions.

“A challenge with the impact investing sector right now,” Alejandro said in the interview, “is that many impact investors are concerned with building their pipeline with small projects and there is a resulting lack of bigger visions, and more ambitious investment projects.”

Realizing new larger scale opportunities will require a collaborative approach between investors, scientists, businesses and communities. By providing a new vision, a supporting network of entrepreneurs in this space, and a way to interpret information on ecological trends, the Earth Security Initiative is acting as an intermediary between investors and new investment projects, with the purpose of helping them think on larger scales, on larger capital deployment schemes and on larger geographies.

According to the ESI, more transparent information about the status of natural resources will raise the awareness and profile of ecological limits in different investment markets. It will increase the incentive for investors to consider the status on ecological conditions in their portfolios, as well as helping entrepreneurs to develop a stronger business case to invest in ecological resilience.

In a time of decreasing natural resources and increasing profit seeking, we need to get signals right so to get incentives right. Even more promising is the effort of Earth Security Initiative that translates the signals of scarcity and limited carrying capacities of ecosystems into metrics of risk – making ecological limits operational in financial markets – and raising awareness of a third powerful narrative in a global political and economic sphere where money and power constitute the dominant systemic narratives: the value of ecological systems. 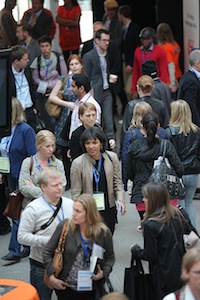 Grasslands store about one-third of terrestrial ecosystems’ global stock of carbon. The future capacity of grasslands to store carbon may decline if their soils are eroded. Currently, 97 percent of those grasslands are threatened by desertification, while 75 percent of seasonally dry grasslands are degraded due to human mismanagement.

Poverty alleviation and the preservation of biodiversity are closely interlinked. We first have to gain a deep understanding of an ecosystem’s complexity if we want to preserve its biodiversity – that is most often the fundament to achieve long-term socio-economic prosperity.

The Savory Institute builds a business case around the restoration of grasslands. The idea: If domestic livestock is properly managed to mimic the behavior of wild herbivores interacting with grasslands, it may contribute to improve the soil quality and to reverse desertification. This idea translates into a holistic management that builds capacity among land managers, farmers, ranchers, environmentalists and policymakers to manage grasslands in a way that a ecological, social and economic value is created. The ecological value is to enhance the resilience of grasslands, to sequester carbon and to reinstall biodiversity. The economic value is to create employment opportunities for local communities and to improve their income base due to the various management tasks. The social value consists of reduced social vulnerability in rural communities due to an improved and more secure income base that empowers locals to lead a self-determined life.

In order to increase its impact, the Savory Institute has joined with impact investors, Armonia, LLC and Level 3 Capital Advisors, LLC, to create Grasslands, LLC. Grasslands was the subject of Capital Institute’s first Field Study in its Field Guide to Investing in a Resilient Economy. To date, Grasslands LLC and the Savory Institute have acquired properties across Africa, Europe and Asia where local communities conduct Holistic Planned Grazing in so called hubs. The aim is to create 100 locally managed profitable hubs that are in position to influence 1 billion hectares of land by 2025.

The Savory Institute is an example of how to impact an ecosystem through targeted management. Big barriers remain, such as flawed policies and development programs concerning grasslands management. If programs to reinstall the biodiversity of our ecosystems are to be effective, policymakers need to redesign their policies in a way that keeps the complexity of ecosystems in mind, according to the organization.