What does the founder of a technology marketplace for the developing world have in common with the mastermind of an organization working to promote female education? The answer is not a bad joke punch-line, rather they share a host of problems that could stand in the way of their social innovation goals if not circumvented.

Despite the accomplishments, the organization’s first year was fraught with complications. Dressler found solace with a group of ten social enterprise founders who were at similar stages in developing their startups. Dressler recalls that the group could not afford the advice of consultants, but were a smart bunch themselves who decided to meet three hours every Saturday to present their progress and problems. Each meeting centered around two members of the group who gave a PowerPoint presentation identifying a pressing problem holding up that member’s enterprise. The goal of the gatherings: to accelerate each other’s success as a result of pooled knowledge and resources which served to resolve significant (and often shared) business obstacles.

Over the course of these meetings, the New York-based social entrepreneurs noticed a pattern of such hurdles that they had to leap to be effective in their respective for-profit and not-for-profit enterprises. The Social Innovators Collective (SIC), a network to address these common challenges and share the resources needed to overcome them, was subsequently launched in October. The group is deep seeded in the belief that collective (as the name suggests) insights and efforts are more effective when united than when apart. Now, nearly two years later, the group of founders from 50+ organizations meets via online forums, workshops, classes, social events, and more, providing support and inspiration at every stop along the way. Its members dedicate their days to grassroots, fresh approaches to some of the worlds biggest voids in the health, international development and education sectors, and SIC serves to provide training in these pursuits, when needed.

“Over the past year and a half, an amazing group of talented and extremely smart emerging founders have come together and now so many are ready to move to the next stage of their enterprises’ development,” Dressler told me over email. “We’re a volunteer organization and we’ve created something with the seeds of greatness, but we need funding, mentorship and a level of support that only a well-funded institute or organization can provide. President Obama created an Office of Social Innovation and Civic Participation. We’d love for Major Bloomberg to create one for New York City!” 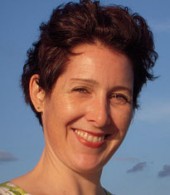 Dressler (pictured left) is not only “hoping for an association for people in the emerging phase of their social good business building” but that would serve to benefit all innovators who encounter a roadblock at any stage of their venture.

The hope is that SIC will become a six-pronged assistant, emerging folks who have already incorporated their ventures, delivering education, providing access to resources, serving as a community of support, connecting members to mentors, and liaising with funding.

As Dressler puts it, “you’re in dangerous waters when you don’t know what you don’t even know,” and SIC aims to help entrepreneurs learn what they need to know before they are in over their head. “Inspiration is great,
but wouldn’t you rather have a map so you don’t get lost in the process of trying to summit a mountain?”

Most recently, SIC ran a series of workshops at General Assembly in New York, in partnership with the Green Breakfast Club. The courses offered a roadmap to becoming financially sustainable, thoughts on branding and design, and tips for convincing communication, effective fundraising, to name a few. (These classes are open to all, and even if you missed the workshops, you can benefit from the materials, here.)

While the SIC is putting together a business plan in order to find the funding needed to create an organization that can support their members’ growing needs, they are developing a conference about failure as well as a workshop series hosted at General Assembly. The new series will include classes in technology as they relate to social businesses, more classes on financial sustainability, branding and communications, online user experience and how to grow an online donor/customer base and more.