The Inextricable Link Between Health and Nutrition: How strategic design can change health behaviors

Editor’s note: this post was originally published on Ashoka Changemakers as part of their Nutrients for All campaign. It is cross-posted here with permission as part of NextBillion Health Care’s week-long collaboration on the campaign.

There are numerous links between health and nutrition, ones that are often overlooked in the broader conversation around delivering health care. Whether we are talking about creating a “Nutrients for All” world or “Transforming Health Systems,” the goal is to treat the problem within its natural environment.

We often see that those living in the thick of the issue – the mothers, the janitors, the teachers, the students – have the greatest ability to identify lasting and holistic solutions. This is why, over the past few years, Ashoka’s work with Boehringer Ingelheim on Making More Health has studied the ways in which Ashoka Fellows create systems-level change in the field of health.

One of the most relevant underlying innovations linking health to nutrition has been the tendency to target surrounding conditions, not behavior. Many innovators in the health space recognize that creating small, well-placed adjustments to an environment can unleash massive changes in people’s behavior.

Ultimately, behavior change does not happen by targeting individuals directly. By shifting the design of the environment – whether it is a school, a place of work, a place of worship or a community – innovators can bring about greater behavior change by designing in new habits and convenience, instead of via force and enlightenment.

Looking beyond the individual 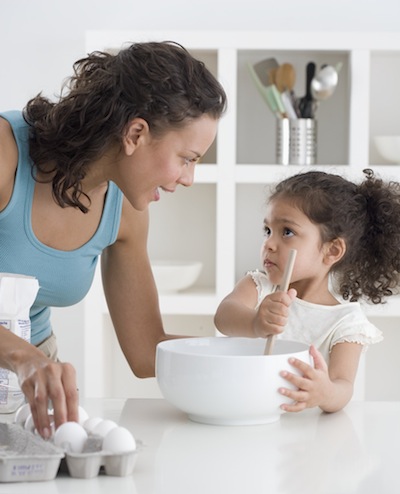 If a mother walks into a hospital for the third time with her son who is having another asthma attack, the mother, like most patients, is seeking treatment. On this particular visit, in addition to her son being treated, the physician also asks a series of questions about the family’s living conditions. She realizes that this mother and her son probably have mold growing in the walls of their apartment. Rather than just sending the mother and her son home, the physician writes a “prescription” for them to go visit a Health Leads volunteer down the hall. With the volunteer, the mother learns that she has rights as a tenant and can get support in finding other housing, or in having the mold removed from their apartment.

This support, and subsequent support in taking action, lessens the son’s frequency of asthma attacks and keeps him out of the hospital. The hospital itself shifts from a place of treatment to a place of preventive support, by changing the behavior of both the physician and her patients. The above example describes the Health Leads model, created by Ashoka Fellow Rebecca Onie in the United States. Another example is Gisela Solymos, Ashoka Fellow in Brazil, who targets the family and psychological needs of malnourished children by recognizing that the stress and anguish of not being able to adequately provide food for one’s child can be debilitating for parents.

There are many examples of innovations in nutrition, with many focused on instilling nutritious behavior from a very young age, and creating changes in the individual’s surroundings to have long-lasting impact. A popular but important example is the method of positive deviance to address nutrition. A recent spotlight of innovative practices to address malnutrition in children and hospital infection rates shows the power of positive deviance and how the methodology is spreading. By identifying the households in a community that were poor but had well-nourished children, best practices among these households were then spread to other households, decreasing the rate of malnourishment in children in entire communities.

The reason this works so well is that the solution is coming from the community itself rather than from outside experts. So it is immediately accessible and appropriate for the community – the innovation just needs to be spread to others. In the article mentioned above, the example of a hospital in Pittsburgh, PA that used positive deviance to tackle infection rates shows that the solution to the problem came from those traditionally considered to be at the bottom of the medical food chain – the custodial staff.

Beyond hunger, what are some of the ramifications of inadequate nutrition? In a recent news broadcast the speakers mention that in schools in the United States, the best days for teachers to teach are Wednesday and Thursday, two days of the five-day school week. The reason is that on Monday and Tuesday, many children who are food insecure are recovering from a weekend when they did not get enough to eat. During these days, the kids’ attention spans are low and their stress and anxiety from hunger are high. On Friday, tension and anxiety rise again as children are anxious about how they are going to get through a weekend lacking food. These stresses make it difficult to focus on education, since a child is constantly worried about going hungry.

At the end of that news broadcast, a school in Maryland is mentioned for bringing the school breakfast into the classroom. Children were no longer embarrassed about having to go to the cafeteria to get cheap or free lunch when their classmates weren’t going. By bringing school breakfast into the classroom – by changing the surrounding conditions of the those children – the stigmas went away and attention, concentration in class and overall behavior improved.

Drawing these unlikely parallels between health, nutrition, and surrounding environments is exactly what the Ashoka Making More Health and Nutrients for All engagements strive to do. We are opening up a broader conversation, bringing more than one sector to the table, because at the end of the day, everyone is a stakeholder in making health and nutrients available for all.