Weekly Roundup – Blurred Lines in Social Enterprise: All fine or time to worry?

If you went to Harvard then this expression will make perfect sense to you.

“Traditionally Harvard has operated ‘every tub on its own bottom.’”

That was what Harvard School of Public Health lecturer Gordon Bloom told The Harvard Crimson. Bloom, who co-created the Social Entrepreneurship Collaboratory at Harvard, was referencing why the Kennedy School of Government decided to create a new social enterprise incubator.

Now, if you didn’t attend Harvard, allow me to save you a Google search. Also from The Crimson archives is this explanation of the bath tub idiom:

“First penned by John Bunyan in his 1678 allegory Pilgrim’s Progress, ‘every tub’ was borrowed by Harvard President John T. Kirkland during the first quarter of the 19th century when critics pressed him to find a location to build up the Divinity School. In response, Kirkland declared, ‘It is our rule here for every tub to stand on its own bottom.’ He meant that each school of the University was an independent entity, responsible for its own management and funding.”

Now that I understand the expression, it’s going to tough not to use it – a lot. I digress. But expanding resources for students who will go on to establish or work closely with social enterprises is most definitely not a digression … or is it?

The Kennedy School, more associated with global diplomacy and international policy than business development, says creating a social enterprise incubator will help aspiring student social entrepreneurs with academic and financial support. The new incubator might compete with the well-established Innovation Lab (i-lab) which, which according to its website, “accepts any student from any Harvard school with any idea, fostering cross-disciplinary, cross-university collaboration. The i-lab resources support student ventures spanning social and cultural entrepreneurship, health and sciences, technology, and consumer fields.”

Kennedy School Dean David T. Ellwood told The Crimson that the incubator will take lessons from social enterprises and “feed it back into the classroom” as opposed to the i-lab’s mission of helping recent graduates build their enterprises.

A distinction without a difference? I’m not in a position to judge. There are many new and exciting multidisciplinary approaches to developing social enterprises emerging from academia. But, one cautious observation: What if most major universities follow the Harvard model? If every college within a university with a reasonable claim decides to establish its own social enterprise incubator, should we expect better outcomes? Or, could a dilution of expertise and resources be the result?

Harvard may have its own dialect, but in the academic world, it’s hardly alone when it comes to running the risk of duplication and redundancy.

Another example of multiple worlds blending, if not colliding, is the recent announcement that CARE USA CEO Dr. Helene Gayle will be the first chief executive of the newly-formed McKinsey Social Initiative, a nonprofit consultancy. In an email to CARE employees, Gayle, who had previously announced she would leave the organization this summer, described MSI’s mission in the context of McKinsey & Co., which in 2013 recorded revenue north of $8 billion. 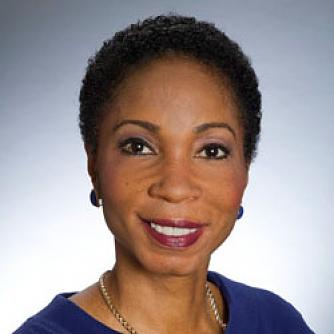 “(MSI) aims to apply the knowledge and resources of McKinsey to the world’s most critical and challenging social issues with a focus on developing pioneering public/private solutions,” Gayle wrote. “MSI will develop programs targeting a range of global social issues, the first of which is Generation, focused on reducing global youth unemployment. Besides being able to contribute to an inspiring mission, it is exciting to have the opportunity to help shape and build a new organization.”

MSI might be a new entity, but McKinsey has a long history of working in the social space. (Full disclosure: NextBillion has in the past reposted from McKinsey on Society, which has also cross-posted content from NB.)

An article in Nonprofit Quarterly by Rick Cohen notes that some of the most notable names in philanthropy and social enterprise got their start or had long stints at McKinsey. Cohen also does a superb job connecting the dots and following the donor, development and business connections that helped give rise to MSI.

“The Chronicle of Philanthropy suggests that the McKinsey Social Initiative will start life with a $70 million capital infusion from McKinsey & Company plus access to 25 of its consultants to work on MSI projects and advice from 10 McKinsey partners. The Chronicle piece implied that MSI has also started off with a $15 million infusion from USAID – if that’s so, it had to have been in the works when Raj Shah, a former Bill & Melinda Gates Foundation official, was still USAID administrator – and $3.2 million from Walmart.”

There’s always a concern about a company’s nonprofit firm being the proverbial parking lot for second-tier leaders who have been pushed out of the main firm due to poor performance. Corporate social responsibility divisions, rightly or wrongly, have been tagged with this label. But given the stakeholders involved, and the budget MSI might be able to draw upon, it could be an attractive magnet for social enterprise and nonprofit leaders who might otherwise be pulled to corporate America or Wall Street.

MFTransparency is Dead … What Does That Mean for Pricing Transparency?: The CEO of the influential watchdog initiative discusses the future of pricing transparency in microfinance By Chuck Waterfield

The Power of Social Underwriting: Kiva Zip, on why it pays for lenders to tap the wisdom of the crowd By Jonny Price

Health workers as mobile money agents?: Digital Campus working on a business model that explores the synergies By Pamela Riley

Addition By Replication: SELCO’s ’knowledge bank’ seeking cases in scale from inside and outside the energy sector By Sarah Alexander

Educate Refugees or Lose a Generation: Social impact in conflict zones must be a priority for businesses as well as NGOs By John Fallon

Calling All Innovations in Financial Capability: A new FI2020 project needs to hear about you By Julia Arnold — Accion