A Recipe for Understanding: How Food Entrepreneurship and Gastrodiplomacy are Bringing Syrian Refugees and Turks Closer

An entrepreneur in São Paulo seeks to refine palates by introducing unfamiliar Syrian dishes to the city and showing the uniqueness of his country’s cuisine – differentiating it from common and broadly labeled “Middle Eastern” food. In Toronto, a restaurant offers traditional Syrian dishes with a contemporary twist, such as manaeesh flatbread topped with avocado. In Washington, D.C., a chef from Damascus serves up his family recipes through a food delivery business for emerging immigrant chefs. These are just a handful out of thousands of stories of Syrian refugees starting food businesses in host countries and shaping those host communities’ perceptions of their culture through food. 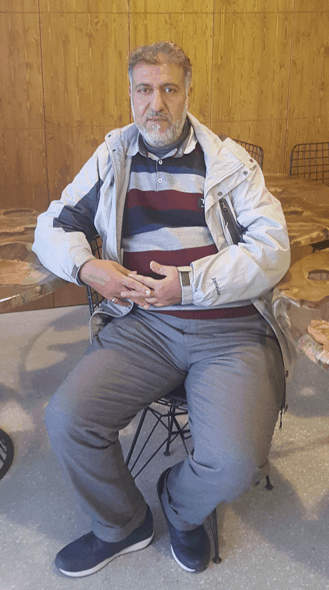 In Istanbul, Mohamad Bakkar, a Syrian refugee and now food entrepreneur, (pictured right) produces his own special Syrian cheeses and yogurt. About three and a half years ago, Bakkar fled the civil war in Syria, where he was an electrical engineer. As a refugee in a new place, life was not easy. To improve his family’s situation, Bakkar opened his own food business in Istanbul. A year and a half since its founding, the business is growing and now has four employees. “It is the best way for a refugee who lives in Istanbul to earn money,” said Bakkar.

Syrians began fleeing their country against the backdrop of the Arab Spring, which first ignited in Tunisia and then spread throughout the Middle East and North Africa. Syria’s Arab Spring began in 2011, eventually leading to a catastrophic civil war and the proliferation of the Islamic State in the country. As of February 2016, 470,000 Syrians had lost their lives in the conflict and more than 6 million were internally displaced.

Turkey hosts more than half of all Syrian refugees, with some 3.5 million registered Syrian refugees in Turkey. Under Turkey’s Temporary Protection Regulation, Syrian refugees are eligible for free access to basic services such as healthcare and education. In the beginning of the Syrian refugee crisis, Turkey had planned to host the refugees in the short term only, not expecting the conflict in Syria to remain unresolved for years. The unprecedented magnitude of refugees and unanticipated length of their stay has presented widespread challenges to Turkey, from education to health to economic opportunities.

One of the greatest challenges for Syrian refugees is securing a job. Syrian refugees tend to work in the informal sector, so their jobs are not considered legal and do not come with social security benefits. Further, these jobs pay poorly and have substandard work environments.

The example of Bakkar highlights how entrepreneurship is a key pathway for Syrian refugees to create a sustained livelihood, generate jobs and contribute to the Turkish economy. Starting a business in Turkey can be an attractive option for Syrian refugees, especially compared to the likely alternative — working in the informal sector.

Enter the LIFE project. In 2017, the Washington, D.C. based non-profit Center for International Private Enterprise (CIPE) contacted the William Davidson Institute’s Education Initiative and its Entrepreneurship Development Center about partnering on the project. (Note: WDI is the parent organization of NextBillion). WDI agreed to join a consortium of U.S. and Turkey-based partners to launch Livelihoods Innovation through Food Entrepreneurship (LIFE). The U.S. State Department-funded project establishes two incubators, or Food Enterprise Centers, to support refugees and the Turkish host community in building businesses in the food sector. 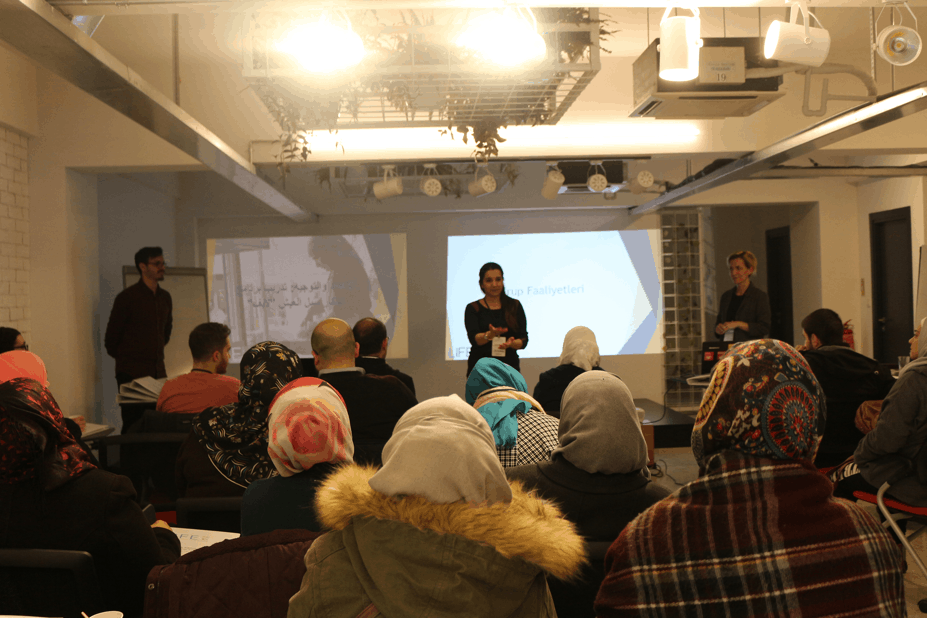 “Turkish and Syrian food cultures are similar. Syrian food is also loved by the Turkish host communities,” said Esra Arslan, Project Manager at IDEMA — an Istanbul-based non-profit dedicated to socioeconomic development. “With a good, solid business plan, even with little experience, it is most likely that your business will survive in the food sector than in any other sector in Turkey.”

Through the two-year LIFE project, 240 entrepreneurs will participate in a four-month program at the Food Enterprise Centers. (Mohamad Bakkar is a member of the Food Enterprise Center in Istanbul.) The program offers comprehensive entrepreneurship support services, the chance to participate in a business pitch competition, space in a shared commercial kitchen, access to mentorship, and legal and financial advice. Entrepreneurs will also attend people-to-people gastrodiplomacy events that use food as a medium for cross-cultural exchange among the participants.

“Gastrodiplomacy is especially important in the context of the current environment in Turkey,” says Johanna Mendelson Forman, Distinguished Fellow at the Stimson Center and leader of the LIFE gastrodiplomacy programming. “Bringing Syrian refugees together with Turkish citizens – all learning to build businesses around food – creates community and builds trust. Food plays a powerful role in helping to bridge cultural divisions by sharing a meal, or breaking bread. After all, the word ‘company’ is derived from the concept of coming together (‘com’) over bread (‘pan’), and Syrians are company in their new homeland.”

(You can learn more about gastrodiplomacy in an interview with Mendelson Forman featured here). 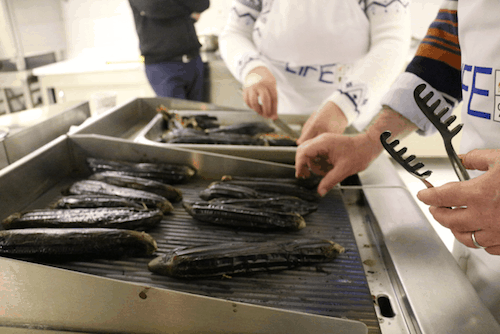 LIFE entrepreneurs cook eggplants – the key ingredient in Mutabal – during the opening event for the LIFE Food Enterprise Center in Istanbul. (Photo courtesy of IDEMA)

The LIFE project aims to promote this social cohesion through gastrodiplomacy. The program is open to anyone, including refugees from other countries and Turkish citizens, in addition to Syrians. Participants go through the program as a cohort, getting to know each other― including their different traditions and cultures ― along the way. Cross-cultural exchange events are held at the Food Enterprise Centers. Recipes with accompanying background stories will be collected from participants to feature in a cookbook.

Mendelson Forman says, “As Ramadan approaches we are planning to host gastrodiplomacy events at the food entrepreneurship incubators. Refugee trainees hosting Iftar, or fast-breaking dinners, at the centers affords an opportunity for people in the neighborhoods to learn more about different cultures and cuisines, and to do so in a neutral environment.”

The LIFE project welcomed its first cohort of entrepreneurs in February 2018. The creativity and desire to innovate exhibited by these entrepreneurs is extraordinary, and shows the potential of Syrian refugees – as well as Turkish citizens and other refugees – to discover sustained livelihoods as entrepreneurs in the food sector. Through the LIFE Food Enterprise Centers, a butcher wanting to be the next Salt Bae, an agricultural engineer creating a new product line of honey, or a pharmacist developing medicinal dishes will receive the necessary support to launch and build their enterprises in Turkey.

Kristin Babbie Kelterborn is a senior project manager at the William Davidson Institute at the University of Michigan.

Amy Gillett is the vice president of Education at the William Davidson Institute.

The authors thank their colleagues at IDEMA for interviewing and providing information about the entrepreneur, Mohamad Bakkar, profiled at the beginning of the article.

The Livelihood Innovations through Food Entrepreneurship (LIFE) project is made possible by the United States Government. The LIFE project is a collaborative effort of its consortium members, which include the Center for International Private Enterprise, IDEMA (International Development Management), Union Kitchen, The Stimson Center, and The William Davidson Institute at the University of Michigan.