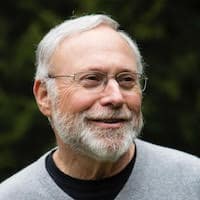 Charlie Bresler
The Life You Can Save, executive director

After earning a Ph.D. in Social and Clinical Psychology from Clark University, Charlie Bresler became Director of Behavioral Medicine for The California School of Professional Psychology, Fresno (CSPP-F), where he was a full-time professor and founder of a teaching clinic for treating anxiety & stress disorders. He was recruited to The Men’s Wearhouse where he became head of human resources, stores and marketing, and ultimately president. He stepped down in order to fulfill his long-standing desire to work directly on social and economic issues, especially wealth inequality.

In 2013, Bresler became volunteer executive director of The Life You Can Save, a nonprofit dedicated to reducing extreme poverty and its devastating effects on over 700 million people globally. Through his financial support and leadership, he has helped TLYCS’s Founder, Peter Singer, develop the organization from the ground up.

Bresler lives on Bainbridge Island, Wash., with his wife Diana, a family physician, who partners in supporting The Life You Can Save. He welcomes discussion and questions at charlie.bresler@thelifeyoucansave.org.