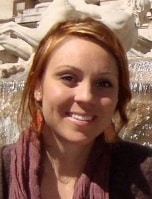 Courtney Joy Lawrence is a currently working with Ashoka’s Full Economic Citizenship Initiative, based in Washington, D.C. Before teaming up with Ashoka she earned a Master’s in Sustainable Economic Development from the UN Mandated University for Peace in Costa Rica. She has lived, learned and traveled across 31 countries with no intention to stop.