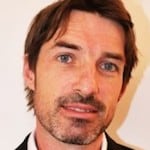 Since living in rural Tanzania in 2000-2001, John realised that a small amount of power could go a long way and decided to devote his professional career to changing the unacceptable reality of energy poverty, with over 1 billion people living without access to lighting and electricity.

Since this time, following early ‘DIY solar’ energy access projects in East and West Africa, John has led the development and implementation of SolarAid and SunnyMoney’s work across Africa. He also spent a year working with GOGLA (Global Off Grid Lighting Association) focusing on consumer protection and product quality issues. He is now the CEO of SolarAid and SunnyMoney. He lives in Zambia.