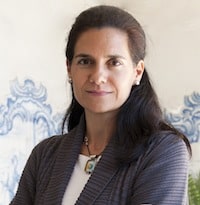 Maria Zapata founded Ashoka Spain in 2003 and was part of the team that launched Ashoka in Western Europe. In 2010 she co- founded the Ashoka Globalizer Program, an initiative that supports the most advanced social entrepreneurs to extend the impact of their innovations, creating truly global change and transforming entire fields – by building in-depth structured connections between leaders in the business and social sectors and creating knowledge to benefit entrepreneurs in both sectors.

Prior to Ashoka, Maria worked eight years for General Electric in different roles in several countries.